Jazz-Age Style with an Asian Twist

Just when every vein of the wildly diverse movement known as art deco seems to have been mined by comprehensive exhibitions such as Art Deco: 1910–1939 at the V&A, London in 2003 and Alastair Duncan’s definitive 2009 survey Art Deco Complete, a relatively obscure flowering of it emerges to remind us that objects produced purely for pleasure and profit are well worth the effort. The fine and decorative arts made between the two world wars – the “deco” age – reflect the aspirations and energy of people eagerly looking toward the future. Artists and designers in the west expressed their desire to send tired social, cultural and political conditions by the boards in carefree, exuberant and powerful images. In Japan, a singular expression of deco style emerged that united time-honoured craft traditions with emerging militaristic and commercial ambitions.

Japanese art deco is the subject of a new travelling exhibition scheduled through January 2014 – Deco Japan: Shaping Art and Culture, 1920–1945. Organised by Art Services International (ASI), the show opened at its debut venue, Japan Society Gallery in New York City, during Asia Week 2012 (16–24 March).1 The collection of anaesthesiologist Robert Levenson and his wife, Mary, provided the core and impetus for the show. Chosen by Kendall H Brown, professor of Japanese Art History at California State University, Long Beach, the nearly 200 exhibited works include five large paintings of moga, or “Modern Girls”, originally displayed in a luxury hotel in Tokyo and lent by the Museum of Fine Arts, Boston. Brown is on the team of scholars from Japan, Europe, America and Australia who contributed to ASI’s catalogue of the show.

The Levensons have spent 30 years pursuing their passion for Asian art. Attracted to the art deco architecture in Palm Beach, Florida, where they live, they began to search for deco-inflected items made during the Taishô and early Shôwa epochs (1912-45) in media ranging from paintings and sculpture to matchboxes and songbook covers. Whether in the west or east – in its heyday or the present day – deco style captivates consumers at every price point. Many of the Levensons’ finds are one-of-a-kind and were meant to be exhibited; the ephemeral printed items were for mass consumption; and in the middle are examples of objects purchased for middle-class Japanese “culture homes”, completely designed environments reflecting the owners’ status and taste.

A secondary focus of the Levenson collection, the moga (modan gaaru), is well represented in Professor Brown’s selection, and one catalogue essay examines the popularity and symbolism of the moga, connecting her to Edo-period (1600-1867) Floating World courtesans. It may seem odd that Japanese women wearing the latest Paris fashions or kimono could both be considered highly fashionable, but such was the case if they sported western hairstyles and accessories and aspired to the café society lifestyle. Rebellious activities such as smoking, listening to jazz music and dancing well past midnight might seem antithetical to Japan’s tradition-bound culture, but deco was primarily an urban phenomenon in Japan, and the government promoted some aspects of the movement to nurture its objectives.

As a groundbreaker, the exhibition represents the first time that Dr and Mrs Levenson have seen their collection displayed in its entirety, and the first opportunity that American audiences have had to review Japan’s connection to art deco apart from the country’s influence on westerners such as Irish designer Eileen Gray, who studied lacquer techniques with a Japanese artisan and used the traditional technique of inlaid eggshells in her work. In essence, the exhibition turns the tables, demonstrating how Japanese artists and craftspeople adapted western imagery to their own forms (for example, skyscrapers and movie posters printed on traditional obi and kimono).

Smaller exhibitions in the US – Taishô Chic: Japanese Modernity, Nostalgia and Deco, organised in 2002 by Professor Brown for the Honolulu Academy of Arts, and the 2008 Fashioning Kimono: Art Deco and Modernism in Japan, shown at the Philadelphia Museum of Art and the Samuel P Harn Museum of Art in Gainesville, Florida – scratched the surface of what the new exhibition proves to be a much deeper well. (Taishô refers to the period from 1912 to 1926 when, mirroring their western counter parts, moga bobbed their hair and raised their hemlines) Subsequently, Fashioning Kimono toured cities in Japan.

Contemporary Japanese audiences have not had much opportunity to view Japanese deco, either, and only recently: In 2000 and 2008 two deco exhibitions appeared at the Tokyo Metropolitan Teien Museum. Housed in the luxurious deco-style palace built for Prince Asaka and completed in 1933, the Teien Museum is itself a marvel of Japanese art deco architecture. Having attended the 1925 Exposition Internationale des Arts Décoratifs et Industriels Modernes in Paris, the prince, apparently, became passionate about the new modernising trends in the decorative arts.

One of many contradictions associated with art deco – a term coined in the 1960s for a style that had been called “International” or “Machine Age” – is that, even for people who do not take much interest in the arts, the term conjures clear images (eg flappers, ocean liners, faceted perfume bottles, enamelled cigarette cases, etc). Yet scholars of 20th-century modern art pretty much ignore the deco realm. In the catalogue, Professor Brown explains that, “…the commercial orientation of art deco sets it against the utopianism of canonical modernism”, and “as a kind of hybrid artistic-cultural movement, art deco lacks authenticity and purity” for art historians.2

In Art Deco Complete: The Definitive Guide to the Decorative Arts of the1920s and 1930s (Thames and Hudson/Abrams, 2009), Duncan highlighted two undeniable qualities of deco objects: They continue to feel modern while evoking a precise period in time; and placed in a group, even the most diverse are instinctively cohesive. As Duncan put it, deco wares have a “refreshing snap” and a “compelling nostalgic charm”.3

The influence of Japanese aesthetics on western arts during the 19th-century forward has been thoroughly documented; for instance, in glassware made by René Lalique (1860-1945), Émile Gallé (1846-1904) and Louis Comfort Tiffany (1848-1933). Japonisme, as it was called, affected the Impressionists, the Secessionists, the Glasgow School, the Nabis, Christopher Dresser, Frank Lloyd Wright and countless others. As art nouveau developed, western designers increasingly adopted graceful naturalistic imagery and traditional craft techniques from the east. As art nouveau’s influence waned, other sources (Chinese, African, Egyptian) grew stronger.

Meanwhile, in Japan the 1923 Great Kanto õearthquake and 1925 Paris Exposition sparked an urge to shake off the past. Modernist architecture rose above the ruins in Tokyo and other urban areas. After returning home from the 1925 Exposition, Japanese artists translated the streamlined, abstract designs they had seen into objects for the Japanese market.

The ASI exhibition is sectioned into thematic categories to help visitors wade through all of this culturally complex visual variety: Cultural Appropriations (copied and adapted), Formal Manipulations (natural and abstract), Over and Under the Sea (fish and boats), Social Expressions (pretty girls and military might) and The Cultured Home (traditional and modern).

The Levenson’s collection contains many standouts, among them an elegant iron box inlaid with silver, gold and red-bronze, trimmed with rosewood and decorated with the image of a leopard; a delicate vase cast in bronze, inlaid with silver and decorated with a cicada and willow motif; a bronze and wood “Late Autumn” tea screen; a silk man’s under-robe printed with a design of movie posters; and a bronze table clock with the image of rabbit pounding a rice cake on the moon, inspired by an Indian tale that entered Japanese folklore.

In some cases, visitors will note close copying of western conventions, particularly in the graphic arts. Strongly influenced by French graphics, Japanese artists picked up images from such popular fashion journals as the Gazette du Bon Ton with little care to disguising the fact. For the most part, though, Japanese art deco is distinct and has a decisively Asian twist. And like art deco in the west, it as sleek and stylish as the jazz-age in which it was born.

3. For Studio International’s review of Alastair Duncan’s Art Deco Complete: The Definitive Guide to the Decorative Arts of the 1920s and 1930s. 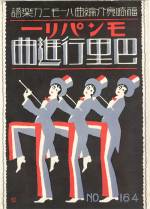 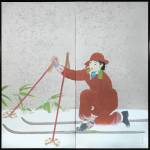 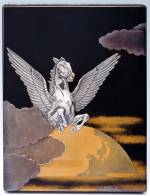 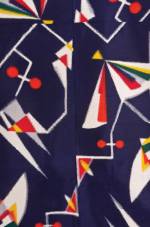 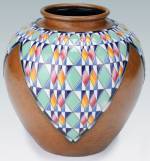 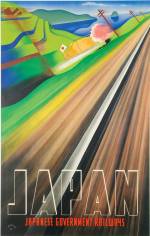 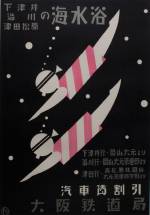 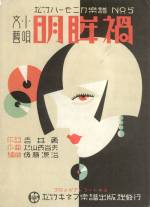 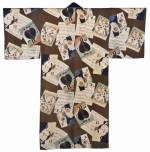 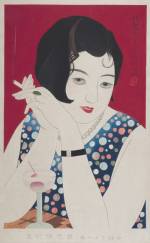 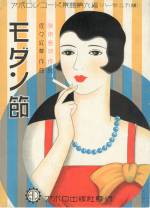