David Birkin makes socially and politically motivated art that is thought-provoking and challenging. In Mouths at the Invisible Event, his first public solo exhibition, the works form a dialogue around drones and surveillance post-9/11

A droning sound welcomes visitors into the Mosaic Rooms. It is David Birkin’s Zenana (2015), the repetitive sound of an electronic tanpura tuned to the pitch of drones circling over Gaza. This traditional Hindustani instrument normally provides a droning sound to accompany music, a noise that sadly has become the soundtrack to some people’s lives. Zenana is the onomatopoeic nickname for the drones’ whirring propellers, and also happens to be Arabic slang for a relentlessly moaning wife. Thoughtful, upsetting and ironic, this multilayered sound is just one example of Birkin’s politically engaged works.

The British artist (b1977) has recently worked on two residencies in New York, with the Art & Law Program and at the Whitney Museum of American Art. The exhibition, he says, feels like a culmination of some of the ideas that came from these experiences, alongside earlier works such as his series Profiles from 2011.

Birkin selected a quote by WJT Mitchell, from the book The Life and Death of Images,1 as a starting point for the exhibition. “The ‘war on terror’ [is] quite literally a war against emotion (like ‘pity’ or ‘love’ or ‘hate’). It is thus a war on a projected spectre or phantasm, a war against an elusive, invisible, unlocatable enemy, a war that continually misses its target, striking out blindly with conventional means and waging massive destruction on innocent people in the process.”

Birkin says that by beginning the dialogue with the phrase “war on terror”, the “language allows the actors, the politicians and the military to effectively decide what they can include under the rubric of the ‘war on terror’. It has no delineated timeframe, no geographical limits: you can strike anyone, anywhere, as long as it can be justified on the grounds that it’s fighting terror.” He continues to investigate this slippery language, which has infinite interpretations, avoids commitment and opens loopholes. A screen in the exhibition shows a photograph of his project Severe Clear (2014), a skywriting performance in which he punctured the cloudless blue sky over Manhattan with the words “existence or non-existence”, a phrase used by the CIA in reply to a Freedom of Information request about the US government’s classified drone programme. The CIA, it said “can neither confirm nor deny the existence or nonexistence of records responsive to your request”.

Birkin has always been fascinated by the rubric of politicians, from Margaret Thatcher to Barack Obama. He says: “The phrasing takes legislative precision and spins it into esoteric existential rhetoric that says, in the most precise terms, absolutely nothing. It’s pure legalese: I call it bureaucratic prose. It goes back to the cold war, when the CIA was trying to salvage a Russian nuclear submarine that had sunk in the Pacific. It commissioned Harold Hughes [US business tycoon and owner of a large aerospace company] to build a fishing boat, or something fairly innocuous, to go and retrieve the submarine without the Russians getting wind of it. Some journalists started asking questions and this phrase started being used: ‘The CIA can neither confirm or deny the existence or non-existence …’. It’s since become known as the Glomar response, after the boat.”

An iPad shows a scrolling three-columned list of photographs shared on social media by people all over New York who looked up into the sky to see the phrase peppered across the sky. The work went viral. “It was tweeted by Stephen Fry and the American Civil Liberties Union,” says Birkin. “A week later, the CIA PR department made the decision to officially join Twitter with the inaugural tweet: ‘We can neither confirm nor deny that this is our first tweet.’ Do I think the work was the reason the CIA joined Twitter? No, but I think if you’re a government spy agency and you’re not looking at what’s trending that week, then you’re not doing your job properly. It was a very clever move because most of the media outlets, CNN, ABC, Fox News, even the BBC, reported it as: ‘Look, the CIA has a sense of humour.’ It was only the Guardian and the New York Review of Books that actually said, let’s look at what’s happening here. The CIA was cleverly castrating the political critique that was already out there, by making a joke out of it. That was a very sly PR move on their part.”

The sky, once a symbol of freedom, is now a zone that has been politicised by the use of drones. A small quote in blue is written above one of the doorways in the exhibition: “The skies above are blue,” a line taken from Etta James’s song At Last. Birkin says:“That little quote refers to the effect that drones have in Yemen, Pakistan and Somalia. If you listen to interviews with kids and teenagers in Waziristan, they’re terrified to go out on sunny days. The drones don’t operate during cloud cover because their censors can’t see properly, so now, in a sense, this symbol of innocence and beauty of a sunny day with a blue sky has become terrifying for a lot of people.”

At Last is playing in the gallery as part of a split-screen video installation titled, Eyes Only (2014). Beyoncé sang it at President Obama’s first dance with his wife Michelle at his inauguration ball in 2009. The couple are shown swaying romantically on a stage in front of an audience. The other screen shows low-res, grayscale footage of a couple kissing, unaware of the camera filming. “I prefer it to be ambiguous, but it’s from a drone that was given to the New York Police Department by the federal government. It’s not immediately apparent that it’s New York, or even the west, and, for me, it conjures up a lot of memories of reading about wedding parties hit by cruise missiles or drone strikes in places like Afghanistan.” Birkin explains the juxtaposition: “On your left, you have a moment of intimacy, albeit very constructed and contrived, in front of an audience of hundreds of millions, and, on the right, you have a moment of intimacy between people who don’t realise they’re being watched. It’s about privacy, surveillance and what we can expect in the future.”

Outside in the garden, the work The Evidence of Absence (2015) lies ready for launch. It is a 30ft replica of a US surveillance blimp, but the local council has not yet granted permission for it to be suspended above the gallery. “I’m hoping the good burghers of Kensington will react furiously at this imposition on their National Trust-protected landscape,” says Birkin.

The work is large, white and blown up in a shape that Birkin describes as a “cross between a drone and a marshmallow man”. It may look silly, but he concludes that it is troubling: “The Department of Homeland Security is talking of putting them up over Baltimore and around the Washington DC area, ostensibly as an early warning system for incoming cruise missiles, but most civil liberties organisations think the chance of a cruise missile attack on the US is pretty slim and actually they are most likely to be used for surveying civilian populations on the ground. The title, The Evidence of Absence, is one of these quasi-philosophical utterances of the former US defence secretary Donald Rumsfeld, which he quoted in reference to the search for weapons of mass destruction in the Iraq war [“The absence of evidence is not necessarily evidence of absence; nor is it evidence of presence.”]. So it’s a kind of a big ball of hot air. Which is quite apt.”

Also exhibited is Cyclura nubila (2014), a set of four drawings of iguanas on sandy-coloured paper, drawn by Janet Hamlin, the official courtroom sketch artist at the Guantánamo Bay tribunals. The iguanas are captured comically, their faces slightly inquisitive, but mostly lazy. One crawls into a hole in the roadside. Birkin commissioned these drawings in relation to an incident in 2003 when attorney Tom Wilner used the fact that these reptiles were protected under the US Endangered Species Act of 1973 to argue that US law did, in fact, operate at Guantánamo. While the iguanas lead a leisurely and protected existence, prisoners at Guantánamo are given no rights, the detainees in Wilner’s case being held without charge or fair trial. Birkin describes these drawings as illustrating “the moments of almost Kafkaesque absurdity that reveal something about the whole bureaucratic structure”.

Downstairs is the Profiles series (2011), photograms lit on discarded medical x-ray lightboxes, each piece a different shade of brilliant red. They are all unique colours, which represent 30 unphotographed people from the Iraq Body Count database, which keeps a record of civilian casualties in Iraq. There are more than 130, 000 names on the database. Birkin’s aim was to create a portrait to remember the people as something more than a statistic.

“I sometimes see my work as an archaeological process,” he says, “revealing things that are already there, that don’t normally get seen or interpreted, and recontextualising them in such a way that people think again about what that really symbolises. I’m not trying to do the job of the media, academia or reportage photography, but I’m definitely trying to do something different, and like a lot of art, it’s about asking more questions than providing answers.”

References
1. WJT Mitchell in The Life and Death of Images: edited by Dominic Willsdon and Diarmuid Costello, published by Cornell University Press 2008. 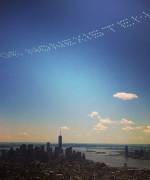 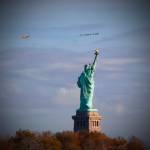