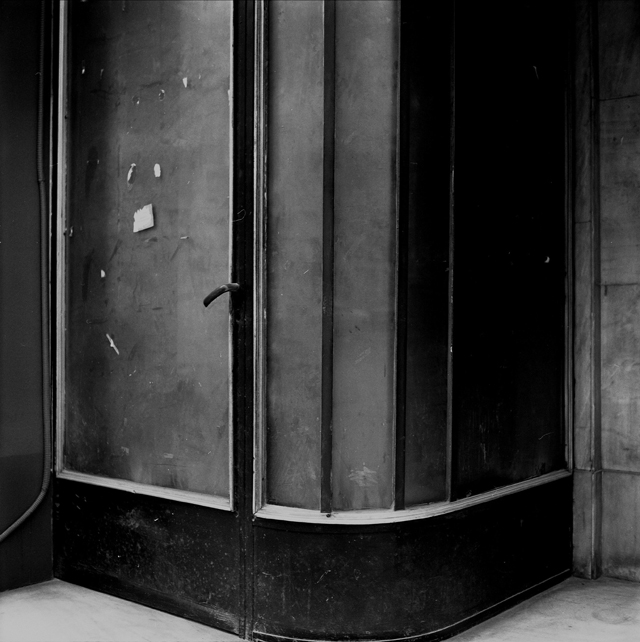 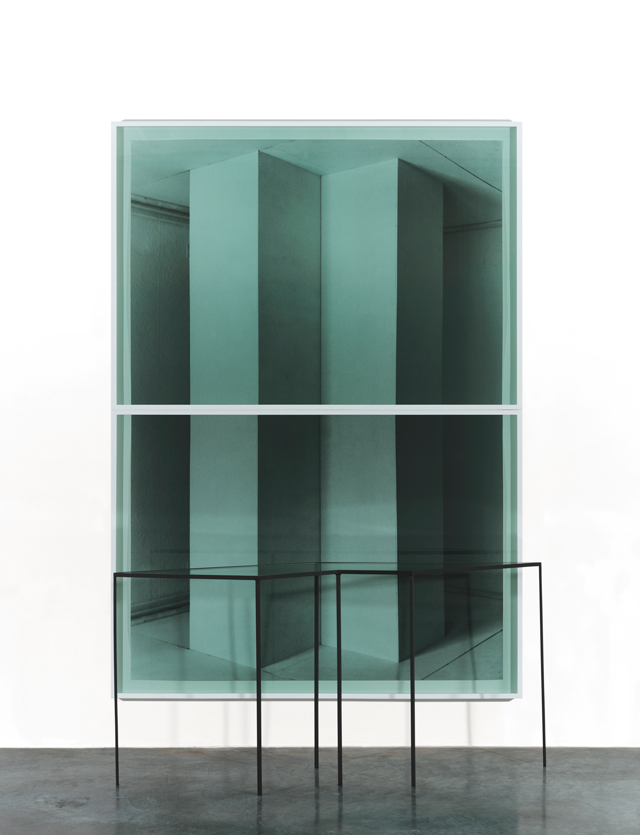 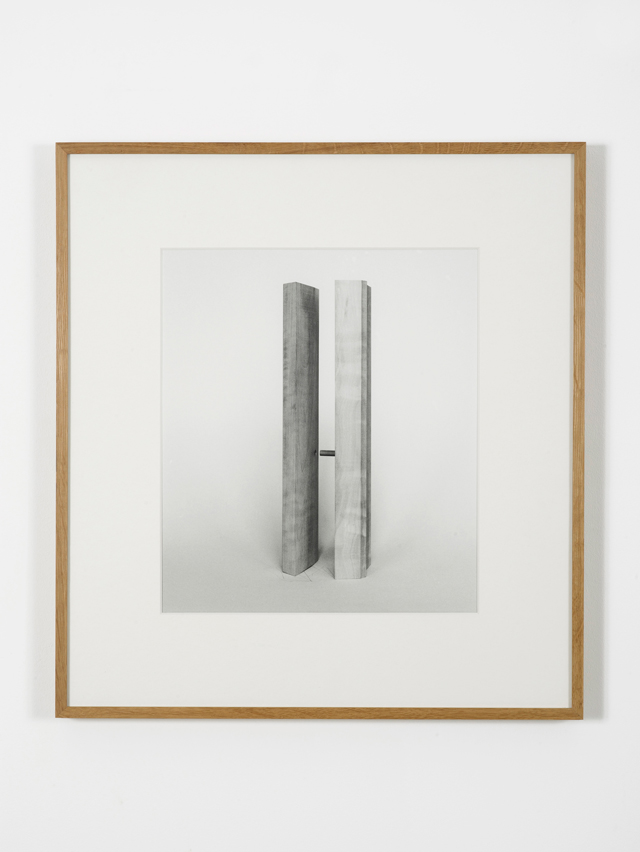 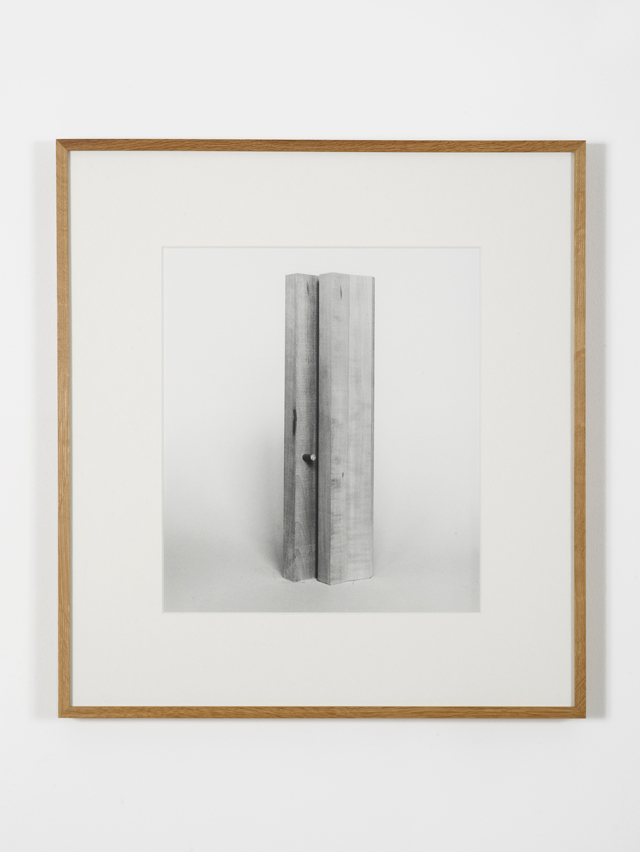 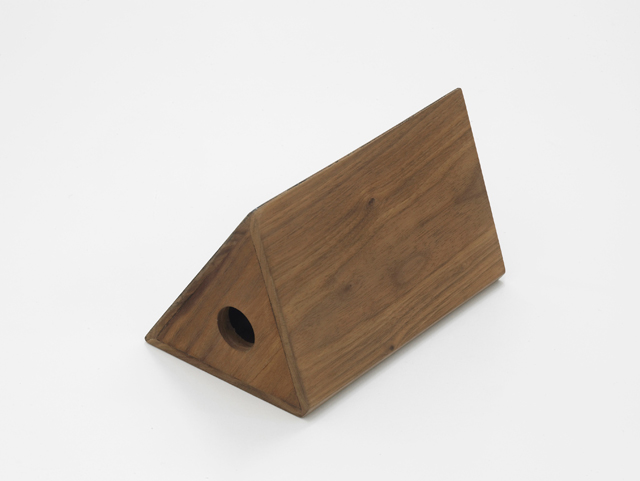 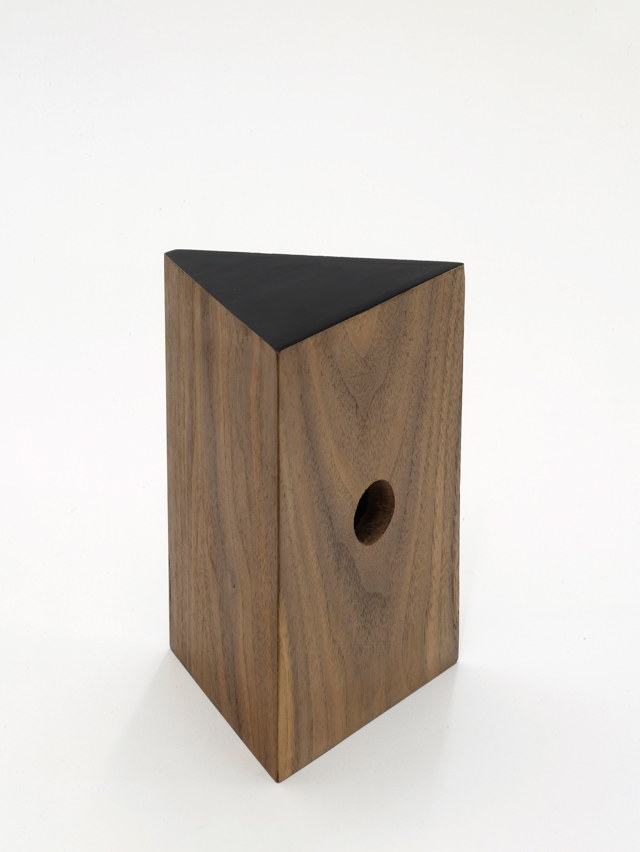 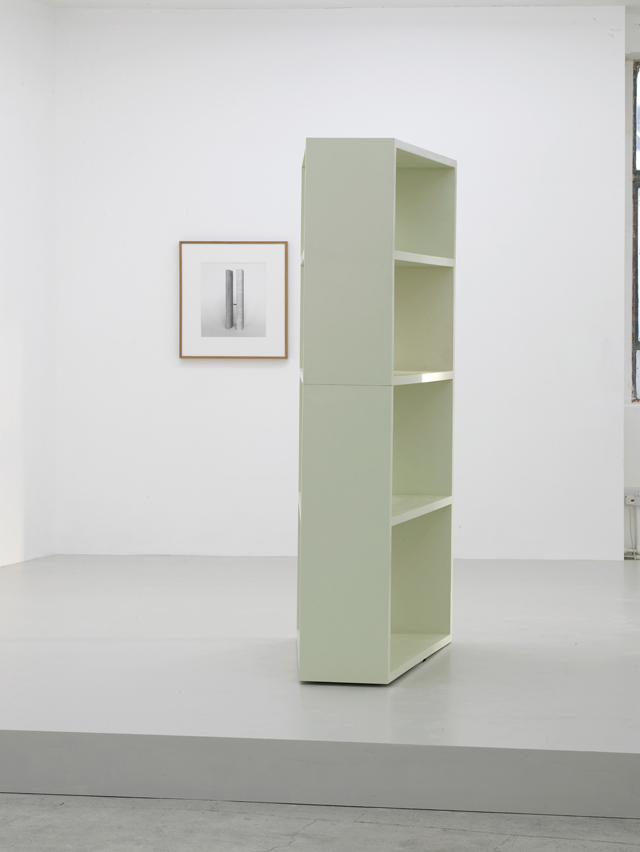 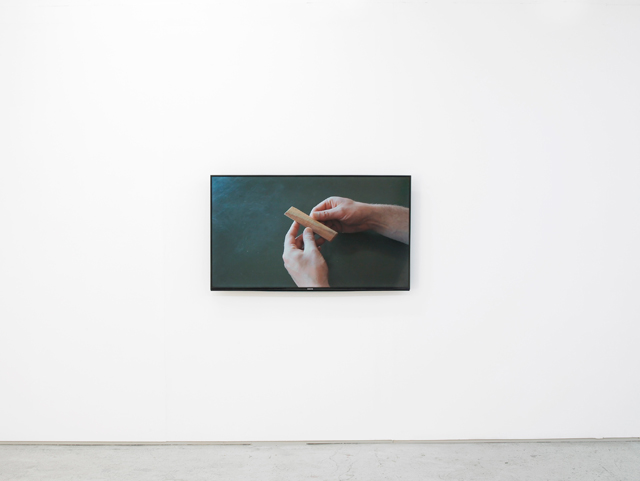 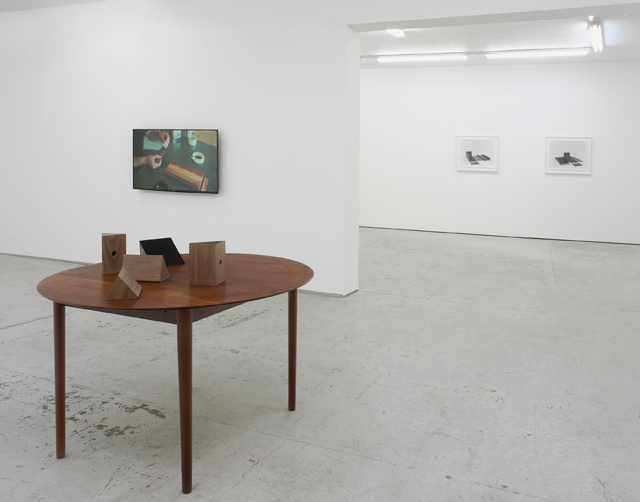 The British artist’s new solo exhibition reflects her unwavering interest in physical and non-physical perspective, while simultaneously inviting us to see what it’s like inside her mind, her heart and possibly her living room

It can be illuminating to revisit the past in order to shed light on the present and future. But when it comes to artists, there is a tendency to rip up the past and start again; to move forward and never look back. The inherent desire for reinvention among artists can inject fresh vitality into their practice, but by disregarding their past, are they completely missing the picture? With Becky Beasley’s (b1975) current exhibition at Laura Bartlett Gallery, the presentation of previous work, experiences and even exhibitions is placed throughout the show.

The placement of the works is invariably chronological due to the self-explorative nature of the show. The Left Door/La Dernière Porte (Athens Archive) (2004/2005) is the earliest work featured. It is a photographic work showing the front of an abandoned store in Athens, in which Beasley flipped the negative still, so that the handle appears to be on the right-hand side, so that the door, unusually, opens to the left (thus favouring a left-handed person, assuming that the door opens inwards). As a right-handed person myself, the placement of door handles to suit right-handed people is certainly something that I take for granted. The point perhaps being that when entering a front door, it usually favours the more common right-handed person. It could be seen as a commentary on the status quo of social protocols and how they appear on the outside. The Left Door/La Dernière Porte reverses the status quo in a very subtle manner, coupled with an unsettling context (a disused shop in a country going through economic hardships). Trivial as this example may be on the surface, it opens up the door for a larger debate on an important issue. There was a time when left-handed children were forced to become right-handed, as it was believed it would make their day-to-day life easier (as Beasley’s example of the door handle points out). Scientific and medical progression has now shown that this can have serious repercussions for a child’s balance, intuition and coordination. The Left Door/La Dernière Porte may not directly comment on this, but as it’s at the beginning of the show (mirroring the beginning of a child’s life) and opens up the debate about social protocols concerning human nature, a connection could easily be made.

The influence of American literature on Beasley’s practice is prominent and makes up the theoretical framework for two keys works in the show: Literary Green (2009) and Camera I-V (2014). The inspiration for the sculptural/photographic work Literary Green, derives from Herman Melville’s 1853 short story Bartleby the Scrivener. The main character, Bartleby, used a “high, green folding screen” to separate himself from his colleagues in the office, and Beasley’s work attempts to recreate this partitioning with a glass table structure placed in front of a large, green photographic work. Is it an attempt by Beasley to distance herself and her work from the viewer? Or is its function to create a new viewpoint within a traditional way of seeing? It is most likely the latter and it is pulled off spectacularly. The other literary-infused work, Camera I-V, is inspired by a 1977 Penguin paperback edition of Saul Bellow’s book Dangling Man. Camera I-V is a set of wooden, triangular prism sculptures with one side of each painted in black. Each has a single hole through which a small bird could fit. The sculptures all have varying interior angles, which together make up 360 degrees, and they are placed on a table reminiscent of 1970s Danish interior design.

One of the most eye-catching works in the show is Given (Cock & Clam) (2015). One of Beasley’s more recent works, it is a tall bookshelf that rotates at 1rpm and which contains two small pear-wood objects. Like the works previously mentioned, Given (Cock & Clam) concerns itself with shifting perspective; its shelves opening and closing as the viewpoint changes through its rotation. Placed next to this moving sculpture is a series of older photographs, Elaborations & Extensions (2013), depicting similar pear-wood objects creating yet another dimension in perspective.

An exhibition concerning itself with perspective and different ways of looking would surely have to include a video piece. Beasley delivers on this and in a very personal manner. A Man Restored a Broken Work (2015) is a video featuring Beasley’s partner repairing a previously damaged piece of woodwork by the artist. There is an intense intimacy about this work that, depending on how you see things, contrasts with the other works before this in emotional content. It also acts as a reference to Robert Bresson’s 1956 film, A Man Escaped, in terms of titling as well as thematically, with shared concerns over process, time and manual work. In many ways, it is one of the most raw, beautiful and honest love sonnets to a partner you could see by a contemporary artist.

The last part of the exhibition, a series of six digital prints that resemble posters for a selection of Beasley’s previous exhibitions, is aptly titled Foresight (2015). As the exhibition includes various references to literature, it comes as no surprise that Beasley incorporates her own writing into her practice. Each poster features the artist’s words reflecting experiences that happened in the five-year period that the posters allude to. For example: “Twice I was nauseous during the time of the project. The immense joy of discovering we were pregnant that September – the first tiredness and sickness which soon followed – shortly followed by our 12-week miscarriage. We clung to each other through the maelstrom of loss and hormone and emotion. Two months later, the joy of discovering we were pregnant, shortly followed by the constant, slight nausea, which never abated until the moment you were born.”

With an introduction to the artist’s past (both professionally and personally) situated at the end of the show, it leaves the visitor anticipating what will come next for Beasley.