The largest UK show of Hepworth’s work since her death in 1975, this unashamedly biographical consideration of her life brings together some of her most celebrated sculptures 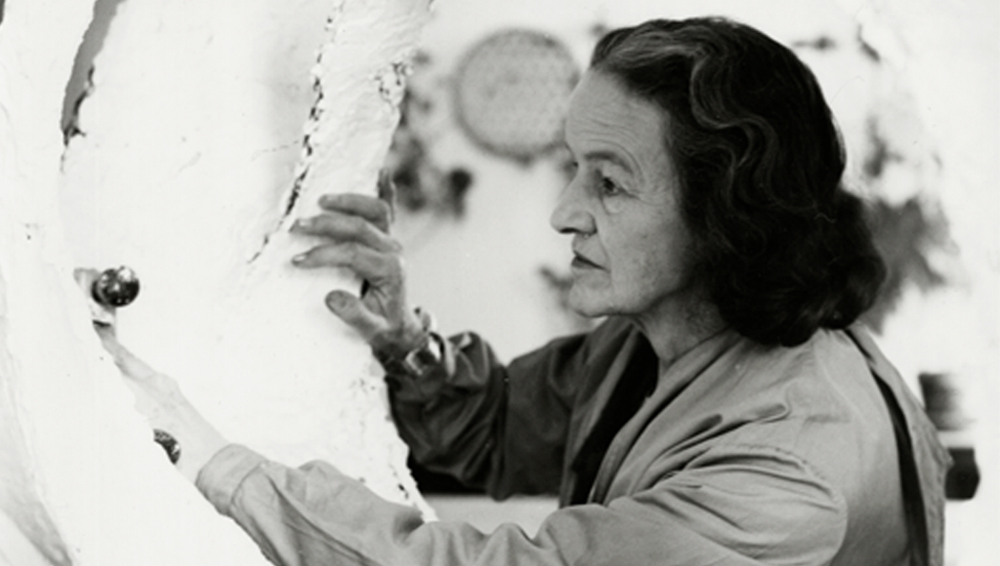 As the Hepworth Wakefield celebrates its 10th anniversary, it opens the most extensive exhibition of works by Barbara Hepworth (1903-75) in the UK since her death. This is the first time that the entire gallery has been given over to the life, interest, work and legacy of one artist. Even the newly planted gardens reunite two of Hepworth’s sculptures for the first time in 70 years. Turning Forms (1950) and Contrapuntal Forms (1950-51), Hepworth’s first public commissions, were created for the 1951 Festival of Britain and are now shown here. Contrapuntal Forms, 10 feet high, was the largest sculpture she had attempted at that time. In it, two distinct abstract figures carved from individual blocks of Irish blue limestone come together and, in her own words, are “blended into one carved and rhythmic form”. Jocelyn Barbara Hepworth was born in Wakefield on 10 January 1903 and seeing the extent of her work in this gallery and especially these two monumental works out of doors under a grey watery Yorkshire sky just makes sense.

The exhibition and the accompanying book are unashamedly biographical and all the better for it. Under the keen eye of the exhibition’s curator, Eleanor Clayton, a story is told that demonstrates convincingly how different aspects of Hepworth’s life influenced the way she worked and the objects she produced. Three sorts of forms are central to her making. First, the standing form, equated to the figure in the landscape. Second, two forms, equated to two figures in communication. Then, the closed form. She worked in stone, wood, bronze and other materials, attending to the materials themselves by addressing their colour and surface, working to harmonise material with form. She also attended to the emotional and spiritual aspects of life and making artworks.

Hepworth’s is a story of an artist fascinated by an array of subjects such as science, space exploration, politics and religion, as well as the arts. She trained first at Leeds School of Art from 1920 then, in 1921, won a scholarship to the Royal College of Art in London. On graduating in 1924, she travelled in Italy where she met the artist John Skeaping, whom she married in 1925. The couple returned to London the following year. Their son Paul was born in 1929 and Hepworth recalled: “With him in his cot or on a rug at my feet, my carving developed and strengthened.” It was at this time that she began to work in more abstract forms. When her marriage to Skeaping broke down, she began a new relationship with Ben Nicholson in 1931. Along with other artists in these early years of the 30s, Hepworth became increasingly committed to Christian Science, which differentiated between the “mortal mind” (concerned with the physical world) and the “divine mind” (concerned with the intangible nature of existence). This is not dissimilar to the distinction between figuration and abstraction. 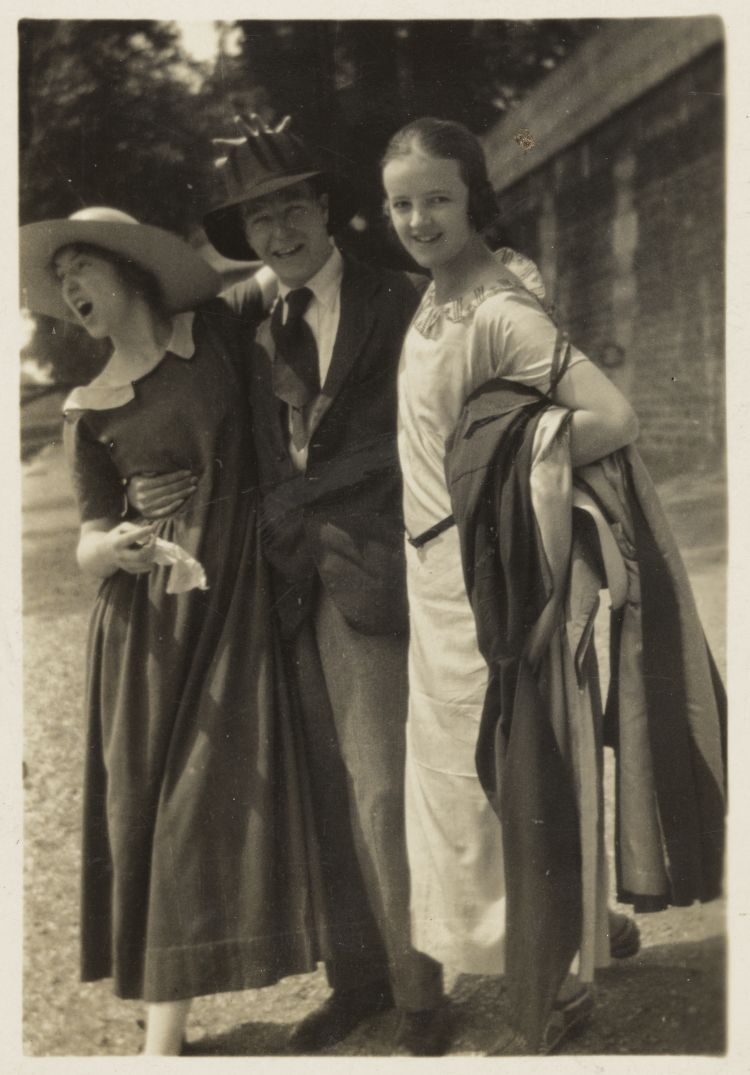 When, late in 1934, Hepworth and Nicolson had triplets, she began to find the demands of childcare frustrating and it limited the time she could spend working. The arrival of the second world war and a shortage of materials compounded such frustrations. In 1939, having moved to Cornwall to live with Adrian Stokes and Margaret Mellis, she recalled: “I could only draw at night and make a few plaster maquettes. The day was filled with running a nursery, double cropping a tiny garden for food, and trying to feed and protect the children.” In the midst of this situation, Hepworth turned to drawing in gouache and pencil, exploring abstract form and colour in works she described as “sculptures born in the disguise of two dimensions”. 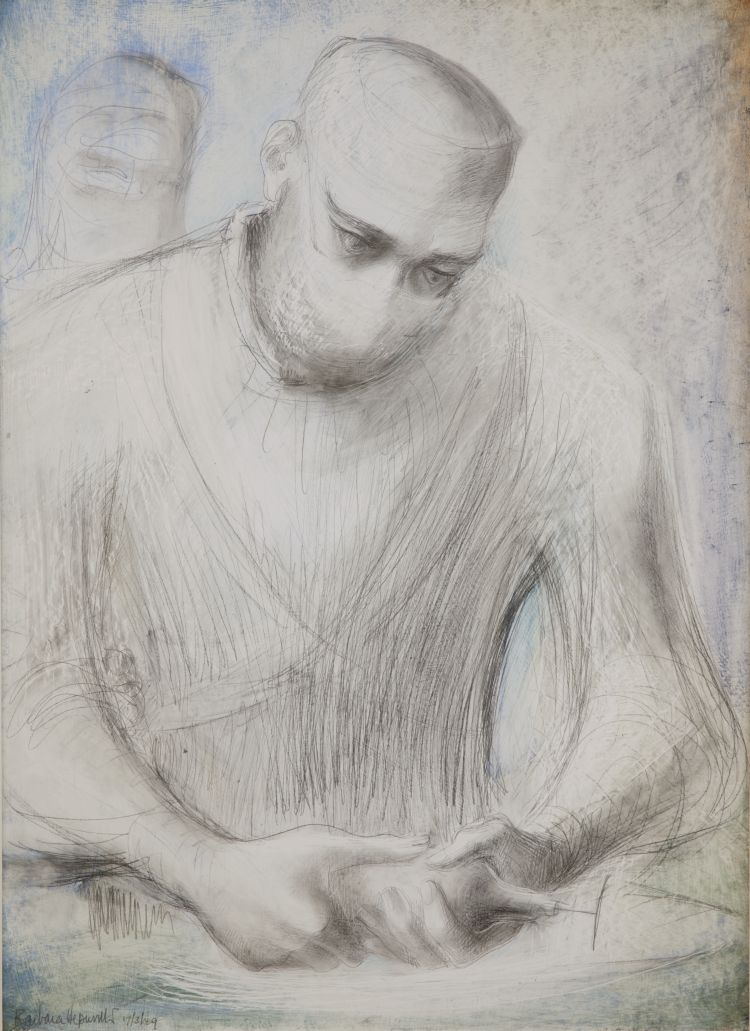 It was a sort of collaboration, or perhaps cooperation, that Hepworth recognised in her drawings of hospital operating theatres. Following her daughter Sarah’s hospitalisation in 1944, and her own illness in 1947, Hepworth was invited by Sarah’s surgeon, Norman Carpenter, to see surgery taking place, which she did from 1947-49. In the coordination of eye, mind and hand she observed in the surgeon, she recognised the similarities with the artist. The ideas of concentration, movement and gesture were key, as can be seen in her detailed depiction of face and hands with other elements of the figure much less distinct. These hospital drawings are perhaps some of her most poignant.

It was 1949 when Hepworth bought Trewyn Studio in St Ives, Cornwall, where she would live and work for the rest of her life. Hepworth’s repertoire extended in the 1950s when she designed stage sets and costumes for a production of Sophocles’ Electra at the Old Vic in London in 1951. Then, in 1954, Michael Tippett invited her to design the set and costumes for his opera The Midsummer Marriage. In 1956, she returned to making sculpture in bronze and, in 1961, she bought Palais de Danse opposite Trewyn Studio, giving her more room to work on larger-scale projects and in bronze. Work in bronze depended on her collaborative relationships with foundries, especially that of Morris Singer.

Hepworth became an advocate for the Campaign for Nuclear Disarmament. She was commissioned to make a sculpture to be sited outside the UN Headquarters in New York. Single Form (1961-64) was the result. It was commissioned by the Jacob and Hilda Blaustein Foundation as a memorial to the UN secretary general Dag Hammarskjöld, who died in a plane crash in 1961. 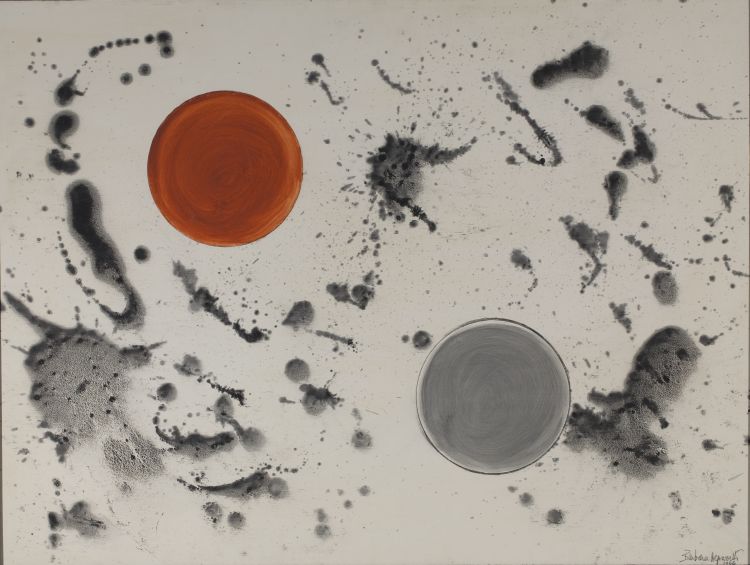 In the later 60s, the sun, the moon, outer space and celestial bodies became a common feature of Hepworth’s work. Circular forms appeared in different materials across her prints and sculpture. As well as embracing scientific developments in space exploration, some of her titles – such as Genesis III (1966) – also suggest a biblical connection and further exploration of her Christian faith. In the 70s, she continued to test out new materials and techniques, but also returned to the three forms that had sustained her since the beginning of her artistic life. 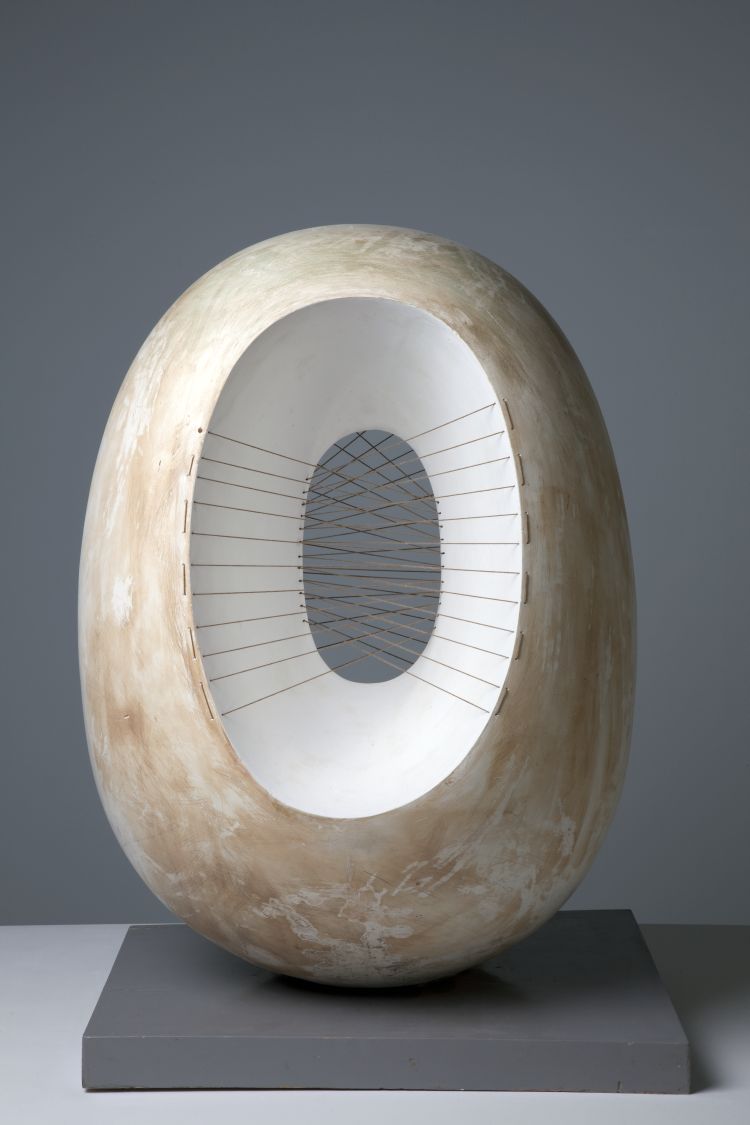 Aspects of Hepworth’s legacy appear in this exhibition, too. A small number of paintings by Bridget Riley are shown alongside Hepworth’s sculptures. The two artists exhibited together in 1964, and Riley (b1931) acknowledged Hepworth as an early source of encouragement and admiration. The exhibition also includes a new commission by Tacita Dean (b1965), who was introduced to Hepworth’s work while studying at Falmouth School of Art. Veronica Ryan (b1956) was the first artist to take up a residency at Hepworth’s St Ives studio (1998-2000). Like Hepworth’s sculptures, Ryan’s curious organic structures explore human experience through abstract sculpture and it is appropriate that they sit alongside Hepworth’s work in this exhibition. Hepworth’s biggest legacy is surely her own body of work. That this landmark exhibition of her sculpture, drawing and other works takes place in her hometown of Wakefield is entirely appropriate. If I’m honest, I can’t think of anywhere else better to see it. 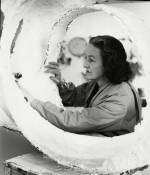 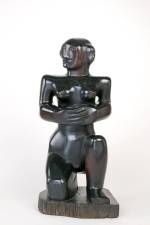 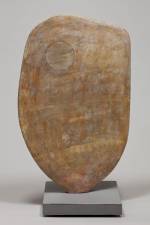 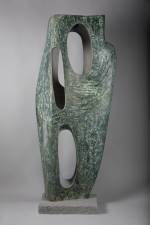 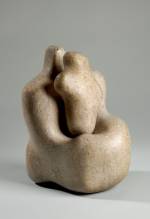