A Casual and Purposeful Art. The Radical Camera: New York

A Casual and Purposeful Art.

In an effort to counter “historical myopia”, The Radical Camera examines the vital impact of New York’s Photo League on the evolution of documentary photography despite the cloud cast over the group during the second phase of America’s anti-Communist Red Scare, from 1947 to 1952. The exhibition just finished its initial showing at The Jewish Museum, New York, and will travel to three other venues through April 2013.

Organised by Mason Klein, curator at The Jewish Museum, and Catherine Evans, curator of photography at the Columbus Museum of Art in Columbus, Ohio, The Radical Camera combines extensive materials held by both institutions to tell a more positive and accurate story of league accomplishments. The show encompasses nearly 150 vintage photographs; issues of the group’s journal, Photo Notes, and other photo-illustrated periodicals; books by members and league brochures; newsreels and ephemera; and an interactive map targeting locations in the city where exhibited images were taken. For those who want to learn more, The Jewish Museum website has extended audio narratives about the city that Photo Leaguers so actively documented.

In his catalogue essay, “Of Politics and Poetry: The Dilemma of the Photo League,” Klein says that the group was a victim “of bias and persecution, which have persisted to this day in the form of a kind of prejudicial blind spot, a historical myopia”.1

Blacklisting of the league in 1947 by the House of Representative’s Committee on Un-American Activities was, in fact, a misguided but ruthless action. Although many leaguers were professed Marxists and/or Communist Party members, during World War II the group’s focus shifted from purely social documentary photography and political aims to realising professional goals. Members, some of whom served in the war or were war correspondents, had long since given up calling each other “workers”, as they were identified at the league’s founding in 1936. Yet because it had roots in International Worker’s Relief (IWR), a Communist organisation based in Berlin, and was a splinter group of the radical New York Film and Photo League, its activities were immediately suspect. Additionally, its association with the Farm Security Administration (FSA) and other New Deal cultural programs was a flag of leftist leanings.

The league maintained ties with radical filmmakers, and a cinematic quality can be detected in some leaguers’ work; for example, in shots by Weegee (aka Arthur Fellig) of police and emergency scenes and Morris Engel’s rendering of life on the streets. With his wife, Photo Leaguer Ruth Orkin, and writer Raymond Abrashkin, Engel directed the Academy Award-nominated The Little Fugitive (1953). Excerpts of this film, as well as a 2011 documentary, Ordinary Miracles: The Photo League’s New York (Daedalus Productions) are part of the exhibit.

For established and inexperienced photographers, the league provided a free darkroom, education, exhibition space and, most critically, a forum for ideas. As a social network, the league offered friendship, encouragement and affirmation. League co-founder Sid Grossman, the FBI’s main target, was instrumental in making members grasp the import of their work and their relationship to the camera. With feature group projects like the Harlem Document (1936-40), fund-raising “Crazy Camera Balls” and “Photo Hunt” competitions, the league functioned as a centre for American photography. With so much activity and admirable aspirations, it is not surprising that, from its inception, the league attracted respected photographers like Lewis Hine and Paul Strand.

At its opening venue in New York, The Radical Camera has drawn homegrown New Yorkers of a certain age who recognise the places and circumstances portrayed by Photo Leaguers; tourists from near and far for whom the plight of poor Depression- and World War II-era Americans resonates; and children and teenagers who easily connect to the many pictures of young people, although more than 50 years – and cultural light-years – separates them.

In the first gallery, Precursors, Hine and Strand – who used their cameras as a tool for social change – are shown to be pioneering inspirations for league leadership. In the next gallery, the Great Depression becomes a visceral reality in the faces and body language of poor Americans, mainly in New York but also throughout the country. The background of most leaguers – first- and second-generation Jewish New Yorkers from poor, ethnic neighbourhoods – is highlighted with regard to a divide between those promoting aesthetic values as intrinsic to their work and those insisting that aesthetic concerns often diluted social concerns.

Small hand-held 35mm cameras, introduced in the1920s, enabled a new kind of chance photography, at once casual and purposeful. In this environment, Leaguers were inspired to make inequity and discrimination tangible in their work. But they also championed a photography that was as much aesthetic as social-minded, and this dual identity defines the League’s progressivism in a unique way.

The third section contains photographs taken by abstract expressionist Aaron Siskind’s feature group for their Harlem Document. The limitations of a purely Marxist view of documentary are apparent in these images. Since the majority of Photo Leaguers came from poor homes, had few educational opportunities and felt the sting of prejudice as Jews one would expect them to empathise more convincingly with poor urban African Americans. But the Harlem Document images are somewhat cold and often elicit pity rather than pride or respect. A narrow focus on Subject, rather than individual subjects, blinded Siskind and his associates to the greater story of Harlem culture and the area’s residents.2

The following section looks at the war years and how, with league members travelling overseas as correspondents or taking on war-related projects, the group’s imperatives changed from social ills to political realities. The number of women leaguers rose at this time.

The last two sections address the Red Scare and its demoralising effects, particularly on Grossman, as well as the taint it left on league history. The curators argue for reassessment of league achievements; for example, its influence on the next generation of street photographers collectively known as the New York School. Robert Frank’s work is shown to be a natural extension of Grossman’s late photographs taken in Provincetown, Massachusetts, just prior to his death in 1955 aged 44.3

Frank’s life differed significantly from typical Photo Leaguers; he was born in 1924 into a wealthy Jewish family in Switzerland, emigrated to the US in 1947 and began a career in fashion photography. Selected by Edward Steichen, then head of MoMA’s photography department, for the 1950 exhibition 51 American Photographers Frank soon became critical of American commercialism. The photographs in Frank’s 1958 The Americans convey his subjects in a more abstract, self-aware style that builds on the Photo League’s trajectory from strict social realism to, for instance, Grossman’s abstract expressionist “Provincetown” (c1951).

The 248-page catalogue was put together by Klein and Evans with contributions by Maurice Berger, research professor at the Center for Art, Design and Visual Culture, University of Maryland, Baltimore County; Michael Lesy, professor of literary journalism at Hampshire College in Amherst, Massachusetts; and Anne Wilkes Tucker, curator of photography at the Museum of Fine Arts, Houston. Available from Yale University Press, the book retails for US$50US/UK£35 and should be considered indispensable to a serious photography book library.

In the catalogue, Klein asserts that league members’ “sociological fascination” set them apart from other documentary photographers of the time:

What distinguishes the league’s treatment of photography was not the belief that its work could effect social change, as is generally surmised, but that its members – predominantly Jewish, working-class and first-generation Americans living in a multi-ethnic city – were fascinated by the city’s composite nature and strongly identified with it.4

Thus, the city is as much the spiritual heart of Photo League photography as any ideological, sociological or political manifesto. As street photographers, Photo Leaguers produced an enduring legacy of “casual and purposeful art”, attuned to the changing face of a city that was both home and the world to them.

3. Four years after his death, Grossman’s career was celebrated in Journey to the Cape (Grove Press, 1959). 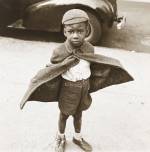 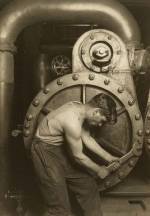 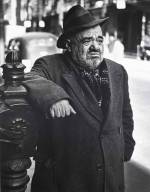 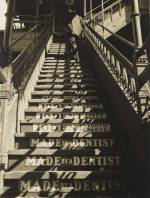 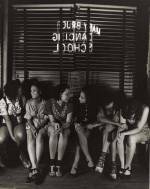 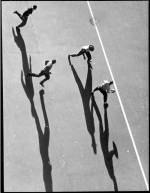 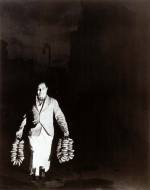 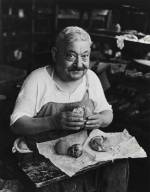 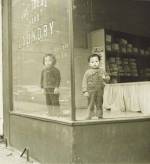 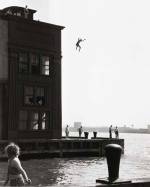 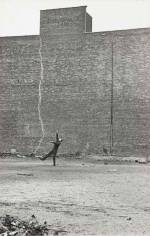