For his latest instalment at the south London gallery The Sunday Painter, the Polish artist poses questions about our relationship to the objects, architecture and nature that surround us

As you walk up the stairs of The Sunday Painter, a gallery in Peckham, south London, you are confronted by a large pole-like structure suspended from the ceiling. It’s called Untitled (Tailbone) or (Coccyx) (2015) and consists of aluminium honeycomb, insulation foam and fabric. There is a feeling of uneasiness about its placement, but whether that is about the placement of the object, or the viewer in relation to it, remains up in the air figuratively and literally.

The Polish artist Piotr Lakomy (b1983), who lives and works in Poznan, has consistently focused on the human relationship to the object, as well as physical space and environment. Untitled (Tailbone) or (Coccyx) acts as a stark introductory reminder of his preoccupation with such topics. But there is more being suggested here. Many artists find it slightly frustrating when critics or viewers place too much importance on the material or medium of the work. This is obviously circumstantial based on the work and the artist. In the case of Untitled (Tailbone) or (Coccyx) and the other works featured in Room Temperature, the material simply cannot be ignored.

The aluminium honeycomb that Lakomy uses may appear weathered and old, but is an incredibly modern material, used in the aerospace, construction, architecture, energy and rail industries. It is essentially a material that forms the fabric of many important global industries. And yet Lakomy has moulded and presented it in a way that gives the impression of a natural object, created, perhaps, by creatures such as bees. This juxtaposition between what is man-made and what is natural permeates the exhibition.

Similar to Untitled (Tailbone) or (Coccyx) is Untitled (Nest) (2016), arguably the centrepiece of the show. Instead of being suspended above the staircase, this work is hung in the middle of the gallery and dominates the attention in the room. This work is also made from aluminium honeycomb and fabric, but is smeared in beeswax, developing and deepening the nature/man-made juxtaposition. For some viewers, it may be difficult to find the humanity in these works, but it is not hard to find if you look closely. The structure of Untitled (Nest), for example, once contained a human body (possibly Lakomy himself), with the head supported on an outstretched arm. It is not obvious that a human body was in it, as there are no noticeable human-shaped inflections, on the sculpture, but there is certainly a sense of human presence despite physical absence. When I visited, this feeling was exacerbated when a bluebottle flew around the work, as though something previously alive was in the process of decomposing within the structure. Lakomy would probably welcome this reading, as it illustrates how he wanted the works in this show to engage not just with the audience, but with the natural environment in which they are placed.

Once you move away from the confines of the main gallery area, signs point the visitor outside, down a back alley, to Untitled (Airhouse) or (Windhouse) (2016) – a work comprising a body bag and ostrich eggs. Again, there are juxtaposing materials: on the one hand, the body bag usually contains an organism at the end of its life; on the other, the white eggshells once housed an organism at the beginning of its life. It just goes to show that life and death really are around the corner. 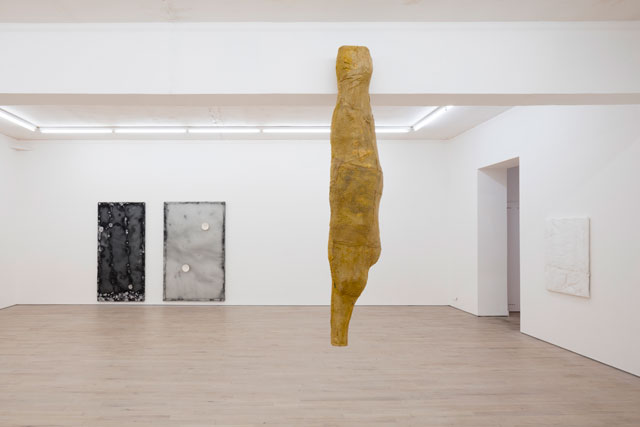 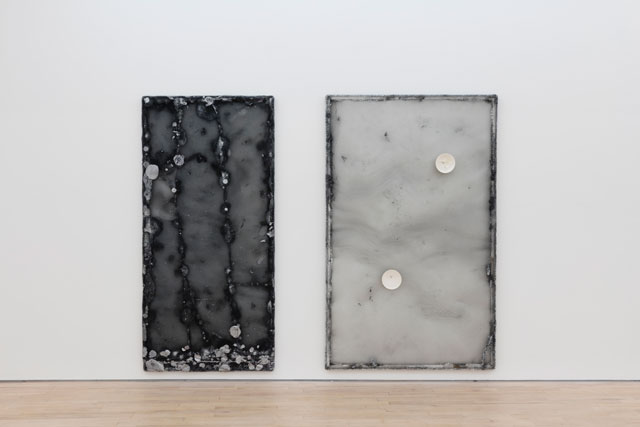