After the recent decision of the Musée Galliera to collaborate with other European museums and collectors, 'Modes en Miroir' continues the theme of contemporary Europe sharing stories of a mutual past: free trade has gone cultural. The latest in a line of exhibitions, such as 'Modes Russes' (Russian couture) in 1999 and 'Marlene Dietrich: Creation of a Myth' in 2003, the current exhibition is the debutante celebration of royal court couture in the 18th century.

In each room (dimly lit so that the lavish silks and lace may be protected from the scorching rays of modern days), mannequins display the elaborate and magnificent creations that have been exceptionally well conserved in museums in the Netherlands during the past couple of centuries. With a careful eye - for much of the beauty of the textiles is in the finer details - it is clear to see the diversity of riches that were found in the royal court. Men's robes are embroidered with flamboyant flowers and tiny red roses, stitched in rows of 40 or more, framed by lines of peach and fine emerald green. Even in the dusk-like ambience, carefully placed spotlights illuminate the ethereal shades of pink, yellow, blue and gold that are the soft canvases for applied patterns and appliqué - tones that radiate a luxury not to be found today, even in the most elaborate fashion houses.

As a whole, the collection presents fashion's antiquity in a balanced and graceful manner, juxtaposing complicated textile patterns with minimally patterned, but elaborately structured, dresses. Bustles and corsets are draped with expertly gathered fabrics and men's clothes are given a structure that is masculine enough to justify the lavish flowers and plants sewn over seams and pockets.

The ladies' couture, however beautiful, is no surprise; corsets are familiar enough and princesses even more so. In terms of drawing interest, it is the men's couture that is so exotic and detached from today's lame trends. In the final room, a man's corset stands out: its display happens to coincide neatly with the Gay Pride parade taking place out in the Parisian daylight, away from the soft dusk of the museum. The man's corset looks rather sultry under the low lighting, a welcome contrast from the brash exhibitionism outside. The real queens are all here in the Musée Galliera, pondering the corsets of antiquity, and doubtless the casanovas who once wore them, for their own coming out into society.

One of the joys of the fashion collection lies in the technical magnificence of the couture - the vast palette of colours and sumptuous silks, the gardens stitched in thread. The other source of fascination lies in the implications of the costumes - the lengths to which an imagination may go to sketch out the people who wore the clothes, the balls they attended and the dangerous liaisons in which clothes played supporting roles. These clothes, illuminated carefully in soft light, were the fabric of seduction, the masks of masquerades, the accessories to scandal and the only material insight we now have into a vanity fair past.

If you have ever dreamt of masquerade balls in Paris and Amsterdam, the Musée Galliera is, quite simply, the fabric of such dreams. It is also an illustration of vain antiquity, an advanced lesson in couture and a sultry retreat from the hot heat of a Parisian summer. 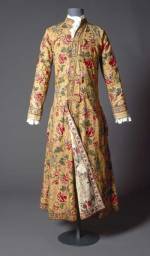 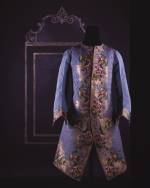 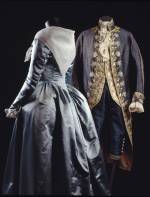 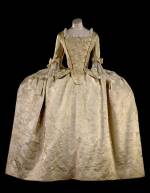