Book review: The Truth about Babylon: Babylon Myth and Reality

The Truth about Babylon
Babylon: Myth and Reality

The exhibition Babylon: Myth and Reality rightly seeks to demonstrate and display the truth about the city, so shrouded wilfully in myth and illusion. This was organised by the British Museum on the initiative of the Director, Neil MacGregor, together with the musée du Louvre and the Réunion des musées nationaux, Paris, and the Staatliche Museen zu Berlin. The extensive catalogue has been produced by the British Museum itself. Most important at this time, perhaps, is the political reality that Neil MacGregor has created an exhibition that addresses a very serious current dilemma now facing the Iraqi Government, who cannot accord it absolute priority amidst all the other pressing post-war deficits.

The ousted dictator Saddam Hussein had built one of his obscene personal palaces, on an artificial mound, directly adjacent to what remains of the archaeology of the ancient city. The closing section and chapter of the exhibition and book aptly describes the whole scale desecration here of the site of Babylon today. A chastening photograph shows how Nebuchadnezzar’s Southern Palace has been vandalised in “modern hands”, not only Saddam’s ill-conceived attempts at restoration for tourists, but also the immediately adjacent American military accommodation, “The City of Tents”. All this, as the curator John Curtis says, was inexcusable. At last the Polish army, by now the occupants, (in a gesture reminding of the bombed Abbey of Cassino in l944) handed Babylon back to the Iraqi civil authorities. Previously US tanks had been allowed without restraint to roam freely over the sites. Worse still, Eddy George’s Baghdad Museum itself had been plundered by coalition troops: shock waves from the bombing cracked many of the brick and masonry walls, as well as the world’s largest single-span brick arch. The plundering led to the loss of many of the relics, and the British Museum weighed in at the earliest opportunity to give George curatorial support. Subsequently new research has at last relocated the site of the famous Tower of Babel, although the whereabouts of the famous Hanging Gardens of Babylon remain a mystery: forensic botanical work is beginning to yield possible clues.

The whole history of the City of Babylon still remains obscured by a vast cloud of mythology, much instigated by the Old Testament narrators. The contest of this myth battle, for so it must be termed, created a Babylon of Two Millennia, characterised by decadence, excessive luxury, and a presumed culture of all -consuming vice. The Jews reputed to have been dispersed to Babylon after the fall of Jerusalem became in reality a highly esteemed elite of scholars and professionals: here was where the Talmud was written, so central to the Jewish faith, and where Jewish law itself was codified. Many of their descendants remained there in what became Mesopotamia until Saddam Hussein evicted them finally, Babylonian science and learning, in which they played a significant role, helped to form the basis of modern astronomy and evolving mathematical skills. The Mesopotamian Jewish community was the most integrated of all the communities in the Middle East.1 The exhibition reveals much about the achievement of the later days of King Nebuchadnezzar. Here the British Museum’s own collection combines with that of the Staatliche Museum in Berlin. German archaeologists, as early as the nineteenth century, had saved major items from the city: these include the panels exhibited of glazed blue and gold tiles portraying the great Mushussu Dragons, lions and mythological birds, coming from the Ishtar Gate and the surviving part of the now much obliterated Processional Way.
The distinguished writer Neal Ascherson2 likens the condition of Babylon to, “the remains of a ziggurat, only the tip showing above the sand, representing the last seven or eight hundred years BC when the Assyrian and late Babylonian empire towered over the Middle East, but this tip was visible across the ancient and medieval worlds, its bulk overgrown with the thickets of fantastic myths, the tales of great religions, and the original stories of peoples, its sides riddled with caves in which lived monsters of the human imagination.”

The Bible did remain the key source, as Ascherson says, for some of the most powerful images to be handed down. These include the Tower of Babel, the ordeals of Daniel (with the lions): the madness of King Nebuchdnezzar, Belshazzar’s Feast, and the famous “Whore of Babylon”. All such were brought to a timely demise by the city’s cataclysmic fall. Astutely, and with a weather eye perhaps to the potential market for visitors, it is on Nebuchadnezzar’s later period that the British Museum chose to focus itself. So it could then pick apart the real truth where it could be traced, as distinct from the mythology. The curators here, in both exhibition and catalogue, combine that reality as found archaeologically with the subsequently hyped-up web of myths. Clay tablets fortunately do verify the existence of the building of the Ziggurat for our own eyes. The fantasy Towers of Babel as imagined by Pieter Brueghel the Elder, or later by Marten van Heemskerk, and contemporary artists of the 20th and 21st centuries still inspire further imaginings. Julen Holcombe’s image of “Babel Revisited” (2004), or indeed William Blake’s much earlier fantasy of “The Whore of Babylon” continue to embellish the well-perpetrated reputation of Babylonian decadence.

The narrower gallery spaces perhaps replicate the claustrophobic corridors of the Ziggurat: but with these and the more ample rooms, the exhibition layout captures effectively the concomitant mood of enigma, subterfuge and intrigue overridden by European scholarship, new learning and the advanced deciphering of the scripts themselves. Babylon had certainly provided mythologists of all ages with free rein, but now at last, thanks to Neil MacGregor’s remarkable initiative, this exhibition endows a new spirit of realism without which Babylon of old can never be restored. 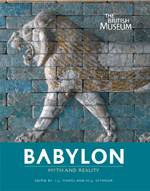