A Walk Down One Fashion Magazine

A Walk Down One Fashion Magazine’s Memory Lane

Fashion appears to be a momentary phenomenon. With a click of the shutter, the moment is gone and the model, outfit and photograph are passed to the fashion archives. Rummaging through the closets of past decades and centuries can yield charming or chic retro details for new designs, but the key word is “new”, and consumers and the fashion press are always looking for it. Vogue magazine has made its name by promoting merchandise and people at the front, on the edge or just over it.

In a somewhat counter-intuitive stroke, in 2000 Vogue debuted its Nostalgia column, which moves backwards in time through images from its photo library. The pictures are anchored to reminiscences written by people who chose the photos as symbols of a pivotal period in their lives. The opportunity to delve into Vogue’s photo library seems like an irresistible opportunity, and every contributor to this compendium rose to the occasion. Uniformly, the 63 essays are affecting pieces of writing. Variously, the voices are candid, humorous and hopeful or self-deprecating, heartbreaking and provocative. Many entries are touching coming-of-age tales that will ring true for readers. At 336 pages, the large-format hardcover (UK£35/US$55) feels too short, the voices spoken in its pages too vivid, to let go.

In her introduction to the book, editor Eve MacSweeney, Vogue features director, comments on the popularity of the column from its inception. She locates Nostalgia’s appeal in its humanizing force:

“The column has unleashed stories of chosen ones who felt like misfits, and of accidental readers far from the magazine’s orbit who were nonetheless touched and inspired by it, often in profound ways.”

In some cases, writers ponder photographs of themselves. For example, Joyce Maynard considers Avedon’s 1973 portrait of her aged 19, which was taken after two life-altering events: publication of her first book and the end of her relationship with JD Salinger. Comparing Avedon’s image with one of herself as a smiling, hopeful 18-year-old Yale undergraduate, published on the cover of The New York Times Magazine, Maynard asks, “When did I become that haunted-looking person?” and calls herself a fool for supposing that “because a famous photographer of beautiful women had taken my picture, I might look like a beautiful woman myself”. Maynard’s rendering of heartbreak and overwhelming loss is an unsettling, brutally honest account of accelerated maturity.

Similarly, in 1969 actor Anjelica Huston found herself in a Vogue photo shoot with Avedon not long after a loss. In Huston’s case it was her mother, who died aged 39 in a motor accident. The previous year, 1968, Arnaud de Rosnay photographed Huston and her mother for Vogue. In her essay, Huston weighs the emotions surrounding the two shoots and her initiation into modelling for American Vogue. Reflecting on her impact as a dark, “concave and morose” figure when successful models in America were “healthy, blonde and smiling,” she says:

“What’s funny for me when I look at these pictures now is to think how I wasn’t nearly as ugly as I thought I was, and that so much of feeling insecure is meaningless.”

In others entries, writers discuss photos of someone glamorous or famous that ignited a dream for the future. For instance, Henry Clarke’s photos of models wearing ultra-feminine Balenciaga dresses from the 1950s spirited novelist Margaret Atwood back to her high school years in Toronto. She admits to having had clothing nightmares, caused by her mother’s disdain of fashion and her own fear of not living up to the “Audrey Hepburn look”. So she “sewed obsessively…sewed to deadline, because there was always an emergency looming”. At the age of 16, she says, sewing took a back seat to writing. In hindsight, she discovers links between these pursuits that continue to influence her work.

And poet and critic Wayne Koestenbaum muses on photos of Barbra Streisand, taken by Irving Penn in 1965 when Koestenbaum was seven years old. Not having seen the photos when first published, Koestenbaum nevertheless captures the stir that Streisand’s cheeky, anti-fashion persona caused. His description of his childhood home sets the scene with picturesque detail:

Koestenbaum desires Streisand’s role as a bonfide “superstar” as much as her rebellion – he calls her an “interloper in the halls of couture”. His essay is a homage to celebrity as a force against prejudice, the social register and banality.

In her foreword, Vogue Editor-in-Chief Anna Wintour points to the many photo libraries that have been lost or are in danger of becoming so because of poor maintenance or indifference to their significance. The Nostalgia column and this title bring attention to the powerful images that have appeared in Vogue, but they also raise urgent questions about the future of pictorial archives. The bits of nostalgia gathered here succeed on many levels – as entertainment and social history, and as proof of Wintour’s concern for preservation. 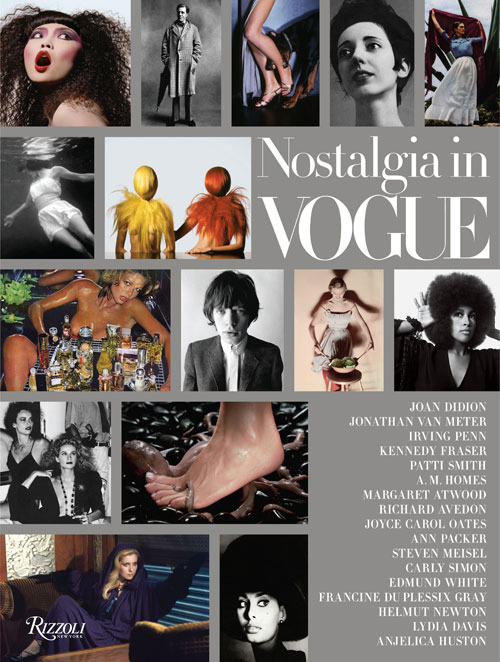 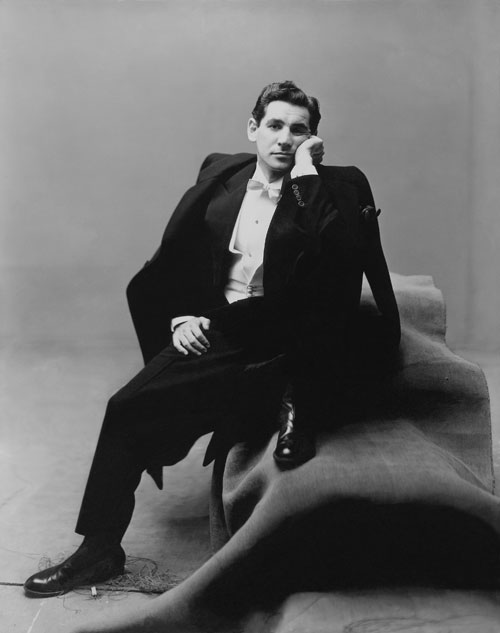 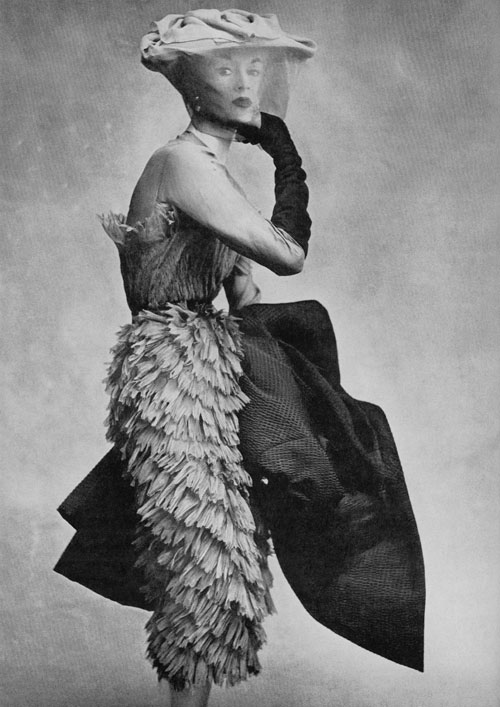 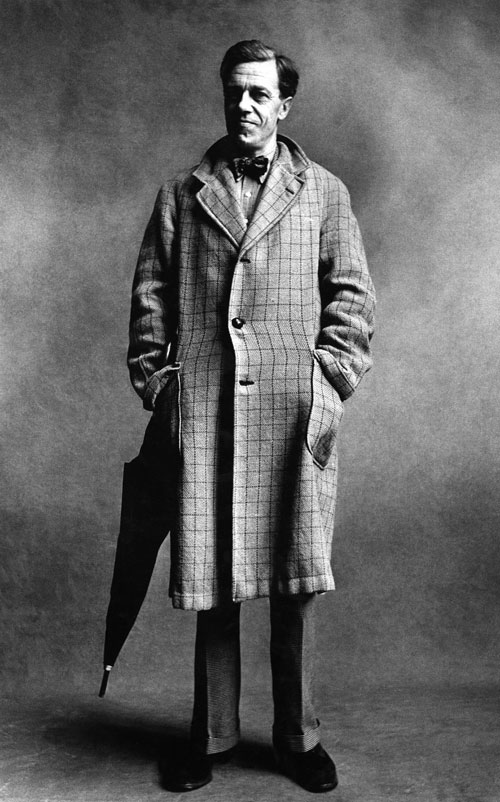 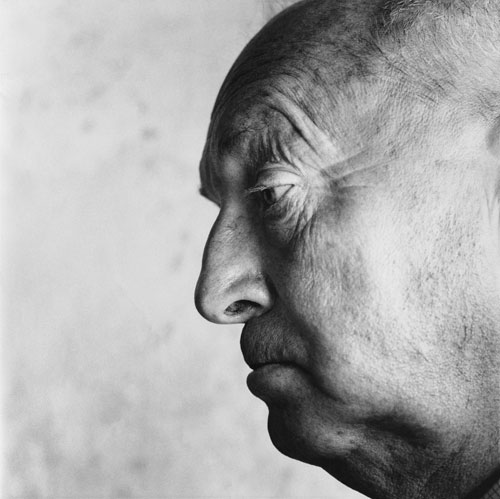 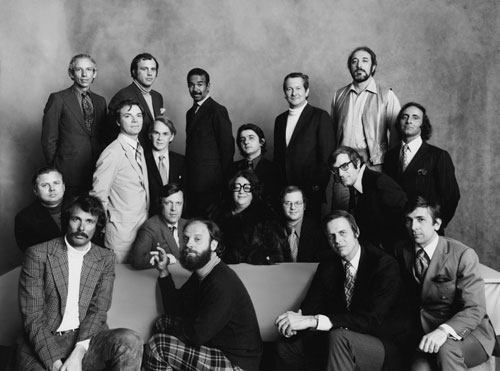 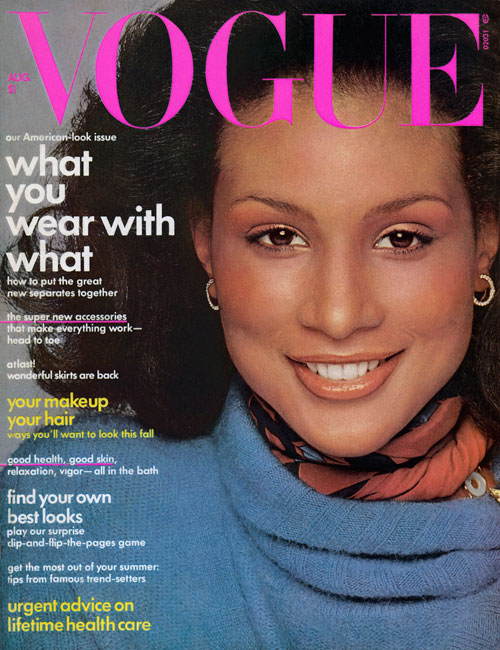 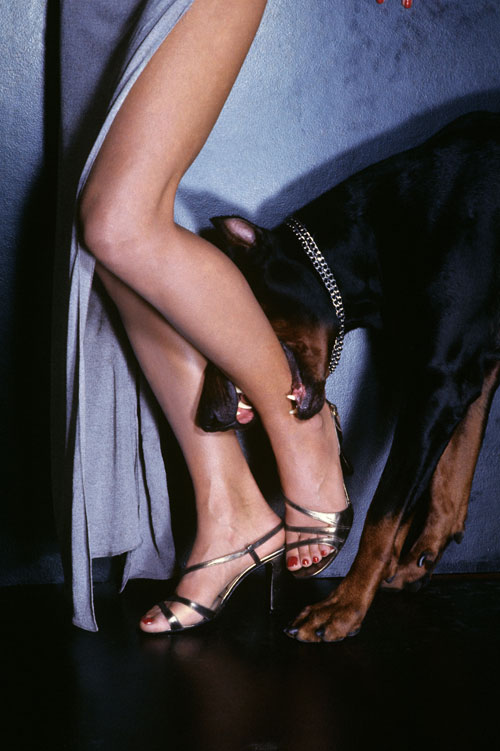 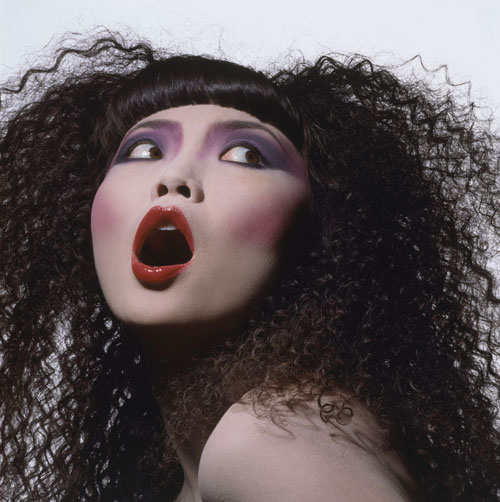 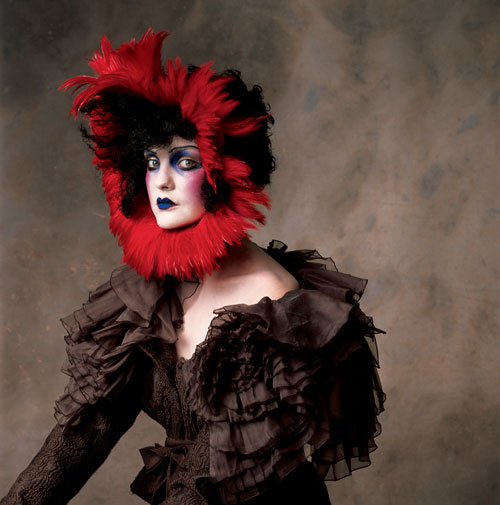