Portraiture has changed radically over the past decade, with what we reveal of ourselves shifting in response to an ever-connected world. A photograph is eternally present in a digital world grown out of analogue archives, at once both a celebration and a shadow of a life once lived. Death is an ever-present theme in current media coverage – we can’t opt out of seeing suffering.

The 14 portraits by the American photographer Peter Hujar (1934-87) currently on show at Maureen Paley Gallery depict those who are stoically defiant about death, such as the 1979 Ethyl Eichelberger as Nefertiti (III) – Eichelberger, who had Aids, killed himself at the age of 45 in 1990 –alongside the 1985 Jackie Curtis Dead, the print of Curtis, who was dead of a heroin overdose, aged 38.

Hujar was gifted at entertaining his subjects, with a charisma that made them feel comfortable in front of the lens. These black-and-white photographs feel like an intimate extended family. Hujar’s subjects do not appear sombre, but radiate ease, as the photographer lays bare their vulnerability, seeking to capture a sense of their mortality. Delicately dignified with grace and pose, they are absent of visible suffering.

Unlike conflict photography with its frequent depiction of horror, these photographs deploy a subtly and sensibility, evoking the character above their circumstances. Hujar appears to pay little attention to placing them in a domestic environment. We can imagine that, perhaps, littered around some of them, out of frame, is medical detritus. Composed with authenticity and tonally pure, they have a delicate balance; we also sense the poetry of pervasive, silent panic.

Hujar’s documentary approach drew attention to the overlooked detail in society, while in some of these portraits he also confronts the stigmatisation of Aids, and his work influenced artists such as Nan Goldin, Larry Clark and William Eggleston to capture New York street life. Ambient meditation is composed, the present moment an exhalation of love. The mutual attraction between the photographer and the subject is strongly visible in the work, as the last words spoken before the shot is taken, hang in the air. 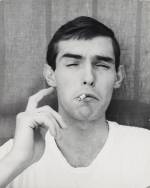 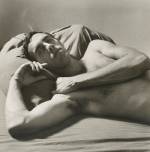 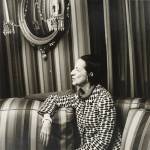 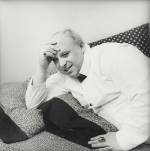