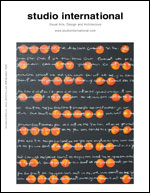 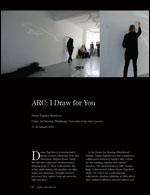 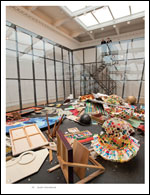 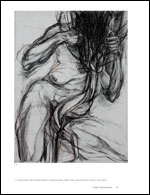 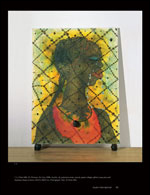 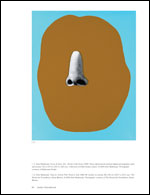 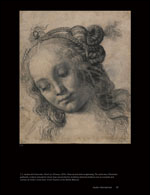 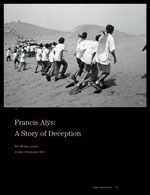 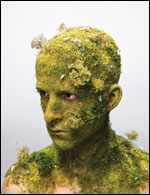 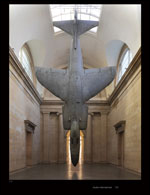 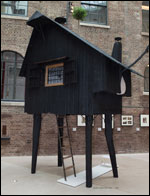 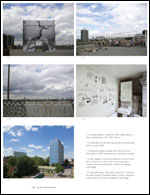 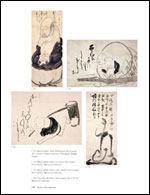 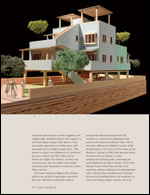 For Studio International, 2010 turned out to be a year of growth, yet every move seemed to demand calculations of risk and benefit. We have chosen Stephen Farthing’s painting Abacus 5 (2010), with its underlying text on Native American Indian non-taxation, as a fitting front cover. It symbolises, among other things, the ready accessibility of accounting systems to define the sole measure of contemporary life and success, always rendered, of course, by the ritualised term “with due diligence”, a term that is effectively defunct: useless to solve the interminable and intangible problems of debt-ridden society as they impinge upon the art world, which seeks for something more cerebral.

In the art market it seemed that artworks of rare value could become a safe haven. But despite the best efforts of London’s Frieze Art Fair, for example, the middle and lower tiers of artists were struggling to survive. In this year, denial was still much in vogue, although the concept of Crash, a homage to the late J G Ballard, drew attention (page 70), as did Fiona Banner’s Harrier and Jaguar (page 130). Maybe future millennial archaeologists will chance upon Nicholas Rena’s clusters of indelibly hued ceramic beakers (page 248), or even Brad Pitt’s Frank Gehry-proposed dwelling at Lower Ninth Ward, New Orleans (page 268). Is the Norwegian mountain hut built by Kurt Schwitters (page 144) in the 1940s the epitome of “safe refuge” then and now?

At least the 29th Sao Paolo Biennale moved back from the edge expressed by the symbolic voids offered at the 28th Biennale in 2008 (page 232). Close to the entrance, it offered Ai Weiwei’s Circle of Animals, large bronze animal heads, each conventionally representing a symbol of the Chinese Zodiac, thus deferring to certain traditional aspects of Chinese culture. A risk-free Biennale was on offer. Canonical art practice was again cautiously anointed. In London, Brazilian Ernesto Neto took the edge further at the Hayward Gallery during the summer, offering on its roof his formidable installation, for happy immersion in a pool, entitled The Edges of the World (page 188); 60,000 visitors took up the challenge, some for immersion.

Michael Landy, on our back cover, caught the emergent existential mood of the year with Art Bin at the South London Gallery (page 42). As Landy says: “You embrace failure as the route to success.” As artists queue up to be in the Bin, Landy says: “If you’re not a ‘name’, this could be the first rung on the ladder.” Maybe, like the collapsed great clearing banks, as they sleepwalk further towards their bin and shredder, regeneration can be the name of the game.

The statuesque clay-layered yet living figures of Indian artist Anindita Dutta, who comes from the Northern Indian border with Nepal, as presented in Kyushu Island off South-Western Japan (page 166) curiously foretold of the 2011 tsunami, mud-clad victims in Northern Japan. Such images indeed seem to validate the prevailing fatalism of the year, yet always contradicted by that state of denial, and not just financial. Henry Moore’s Shelter Drawings at Tate Britain (page 74) still serve as an elegant reminder 65 years later, with their shrouded, sleeping figures so elegantly captured via his pocket sketchbook, the resigned realism, which accompanied their underground survival, in a subliminated reality. Happily, Studio International’s readership has now been further extended through new linkages, Facebook, Twitter and Google. Through 2010 coverage has increased globally. The edges of planet Earth beckon.