'Childe Hassam (1859-1935) chronicled New York City and New England during the turn of the 20th century. One of the most prolific and successful painters of his time and place, Hassam produced an estimated 30 to 40 canvases a season. Yet, today, he is relatively unknown and his works are seen playing a minor role in American art. Brushed aside by the innovations of the Modern movement, Hassam's legacy was overshadowed by the ever-changing art world. By the early 1950s, Impressionism ceased to be new and original and an appreciation of Hassam dwindled. A rich retrospective of over 140 pieces on view at the Metropolitan Museum of Art has brought his name back on the radar. Aptly titled 'American Impressionist', the show illustrates one man's harnessing of a popular style.

Hassam's ability to equate the city with the country, showing both places at the same level of natural calm is one of his strongest talents. Composing his paintings based on the shape of a street and the movement of people and carriages, Hassam captured the constant flux of a single part of a city or a town. He would often depict both the busy side of the avenue as well as the line of buildings or grass running parallel to it. Take for instance, 'A Back Road' from 1884, one of the first pieces on view. It shows a receding dirt road full of pebbles, overgrowth and holes. The road takes up the bottom of the canvas, placing the viewer on the road. Up ahead a man on a wagon drives into the distance on the ever-decreasing curving dirt. This is quite a romantic Barbizon-like rendering of a pastoral scene, with billowing white clouds overhead and a line of trees on the horizon showing one type of everyday life. In a much later piece from 1907, using the bottom of the canvas as an entry point, Hassam approaches Lower Manhattan with the same mentality. Painted from above rather than at eye level, the street, too, recedes in the distance. A wall of buildings forms either side and slowly pushes the street smaller and smaller. While a mass of people moving towards work could counteract the solitary farmer on the dirt road, both pieces convey a sense of a natural, daily event. Here, the people blur together, indistinguishable from one another in a similar way to the trees in the other piece. Hassam renders non-judgemental views of the city, with glorious sunlit classical buildings and they appear as organic as the dirt road.

In truth, Hassam relies heavily on the street scene, which at times he can be accused of overusing. However, this provides interesting points of comparison between the pieces over his career. He is interested in the movement of people. Rarely does a person in Hassam's paintings engage the audience, let alone face them. Instead, they walk or look towards their destination. Hassam worked largely from photographs, resulting in this purposely uninvolved, distracted viewer.

Some might visit the show and claim that Hassam borrowed too closely from the French Impressionists: his series of streams of flags on city streets during the First World War echo Claude Monet's 'La rue Montorgueil, Paris', during the celebration of June 30, 1878; his rocky ocean scenes recall Monet's images of Manneporte, Etretat; and rainy streets remind of Gustave Caillebotte's 'Paris Street, Rainy Day'. But these are easy comparisons and art is characterised by a constant exchange of ideas. Furthermore, Hassam may borrow and use the style, but he shows a very different place. He captures New York City and New England through the eyes of a native, mimicking but departing from Monet or Pisarro's Paris and French countryside.

True, Hassam follows the French Impressionists by playing with the effects of light through manipulation of colours and changing the surface of the paint. However, Hassam does so with a concern for the way in which environmental changes affect human beings and daily routines. Here, standing out from sunny days, we find his most unique, breathtaking and staggering works. 'Cab stand at Night, Madison Square', from 1891, exemplifies this concept. Here, trees cast shadows on the already heavy snow as more flakes blur the scene. Presumably illuminated by a street lamp, men costumed in top hats and long, dark coats, stand by a long line carriages waiting for a fare. Hassam captures a casual moment under the tough conditions of night and snow.

Frederick Childe Hassam was born in 1859, in Dorchester, Massachusetts. He married in 1884 and moved to Paris two years later. Hassam and his wife moved to New York in 1889 where they remained until his death on August 27, 1935. 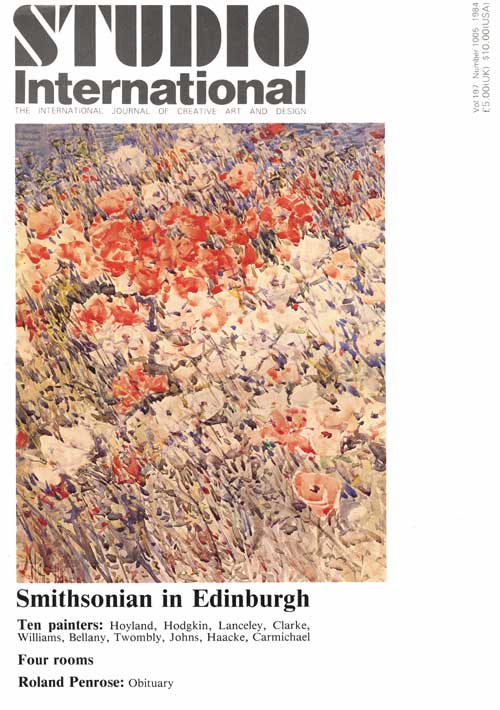 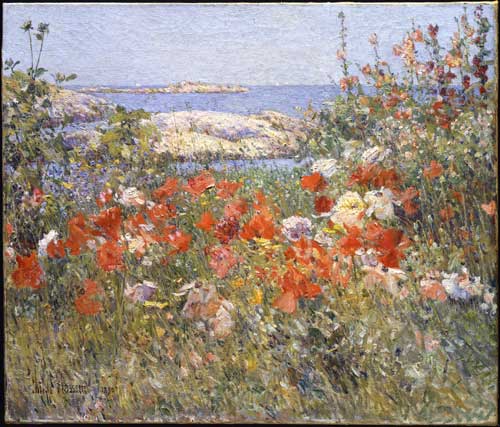