'Changing Hands: Art Without Reservation 2 - Contemporary Native North American Art from the West, Northwest and Pacific' opened in September 2005 at the Museum of Arts and Design in New York City. The exhibit is part of a series that showcases Native American artists whose work simultaneously reflects and transcends cultural identity, and places the artists within an international and art historical perspective. While 'Art Without Reservation 1' featured Native American artists living and working in the Southwest, the current exhibit features those from the plains, prairie, plateau and pacific north-west, including Alaska and Hawaii.*

Formerly known as the American Craft Museum, the Museum of Arts and Design serves as an exhibition space and educational facility whose mission is to recognise and promote innovation in the decorative arts and design. Located next to the Museum of Modern Art and across from the American Folk Art Museum, the building features a dramatic central circular staircase with broad wooden steps. The space provides an appropriately modern backdrop for more than 300 three-dimensional works by the 190 Native American artists selected for 'Art Without Reservation 2'. (Additional works are displayed in the lobby of the adjacent Deutsche Bank building, which is open to the public). Materials range from the traditional (silver, beads, cloth, bone and feathers) to installation pieces and performance art.

The curators, Ellen Napiura Taubman, formerly of Sotheby's, and David Revere McFadden, Chief Curator of the Museum of Arts and Design, spent five years selecting works for the series. They intentionally chose a diverse group of artists, some known, but most virtually unknown, in the international art world. The artists span many generations; Ronald Wayne Anderson from Oklahoma was born in 1938, for example, while Montana resident Molly Murphy was born in 1977. According to the museum's Patrick Keeffe, Associate Vice President for public relations, some of the artists had never visited large cities or exhibited their work beyond their home towns. Yet, despite their somewhat isolated state, the artists have made well-crafted, dynamic and thought-provoking works that fit well within a contemporary context.

Without disregarding tribal affiliations or downplaying the role that heritage continues to play in the artists' lives and art, the curators have put the spotlight on content and form, rather than on ethnographic and cultural history. In the exhibition catalogue, textile artist/fashion designer, Wendy Ponca, points out that such labels as 'fashion designer' and 'artist' have little meaning in Native American culture. Similarly, ethnographic labels cannot describe the range of influences on the artists or their work. Historically, for Native Americans, life, art and craft were woven together. Ponca says, 'American Indians are still all encompassing in their lives in the way that there is no word for art in most Indian languages. Art, ceremony, clothing, life and religion are all one.'

The works in the show are divided into four themed sections: 'Nature as Subject'; 'The Human Condition'; 'Beyond Function'; and 'Material Existence'. In the first section, Native American eco-spirituality is evident in a celebration of natural forms and the interaction between humans and their environment. Murphy's 'Six Horses Counting Blanket' (2005) exemplifies the fluent rhythm of nature as it plays against a reassuring, grounded earthy quality. Composed of woven wool, glass beads, horsehair, store-bought trim and brass cones, the blanket features bold primary colours against which five horses flow, moving into each other as they cross the centre of the blanket.

The works that primarily deal with 'The Human Condition' - social, cultural and political concerns - offer a variety of perspectives on Native American history. Here, viewers will see familiar images (teepees, tomahawks, moccasins) cast in a new light: Native American squaws alongside Dolly Dingle paper dolls in a piece by Jean La Marr; Campbell's Soup cans with revised labels in Judy Chartrand's 'Metis Soup Cans'; and a tribal mask painted with the colours of the American flag in 'Assimilation or Affiliation' (2004) by Perry Eaton.

A subsection of the 'Human Condition' theme deals with gambling and games of chance. The artists featured here seem to suggest that, for Native Americans, gaming is more of a philosophical inquiry than a bad habit, and that, perhaps, the White Man has played a game with their fate, forever changing the course of Native American history by attempting to erase parts of it. For example, in Marcus Cadman's assemblages of photos, cloth, buckskin, money, bingo sheets, pages from the bible and other found objects, a swirl of images rush upon the viewer and present a layering of the modern and tribal worlds. Viewers will note in the works a variety of attitudes toward negative stereotypes (such as gambling and drinking), including playful, bemused, ironic and, perhaps, sorrowful, but not anger or even resentment. Rather, some of the pieces seem to offer up the images for viewers to confront their own prejudices and to reconsider them from a visual perspective.

Works placed in the 'Beyond Function' category demonstrate how Native American artists have transformed objects originally crafted for everyday use into forms with intrinsic value. Visitors will savour, for aesthetic qualities alone, moccasins, blankets, ceramics and many other items, including 'Dream Paddles' (2004). Crafted by Jerry Jacob Laktonen, this boldly coloured, decorative pair of cottonwood canoe paddles bridges the gap between earthbound existence and the world of dreams.

In the final section, 'Material Existence', viewers will encounter artists whose works reflect their interest in materials and process. For example, in Paula Rasmus Dede's 'Not Your Mother's Mary Janes' (2003), the artist chose a pair of commercially produced high heels as a vehicle to play with neon-coloured wire, aluminum, glass beads, patent leather and fabric. In this piece, 1940s-style glamour meets disco-era chic for show-stopping effect.

* At this time, the third and final part of the 'Changing Hands' series has not been scheduled. 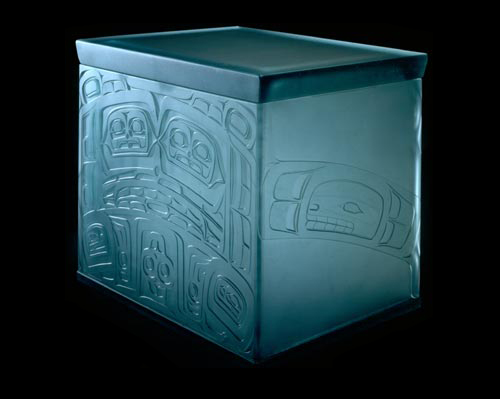 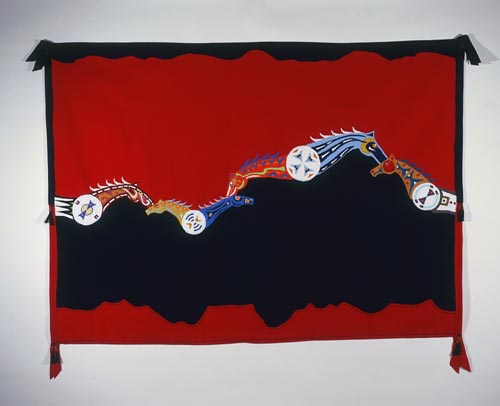 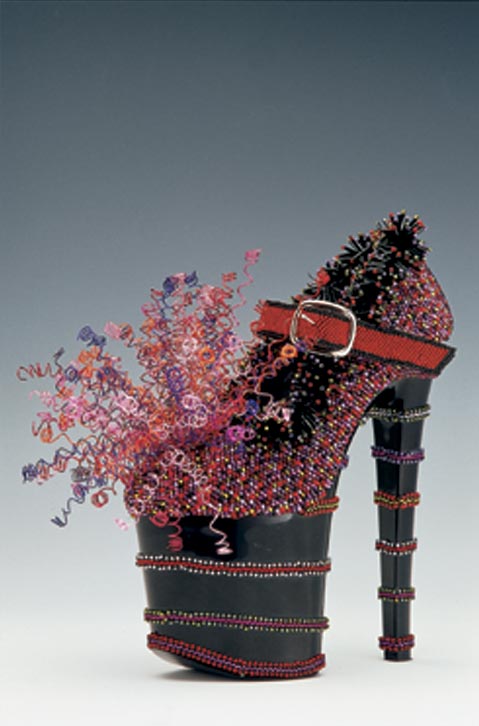 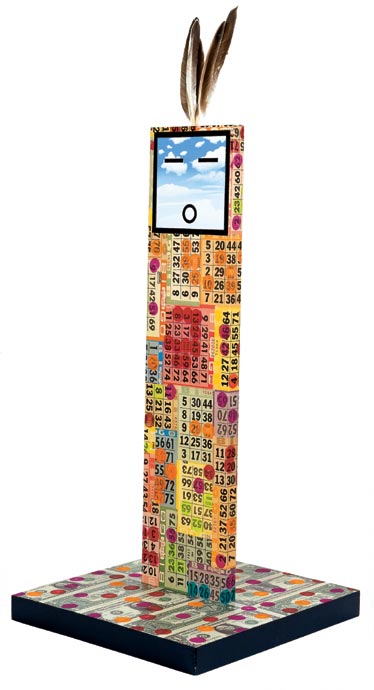