The imagery of violence is commonplace today. Hollywood torture films, videoed beheadings, coverage of the tsunami or the twin towers collapsing: it's hard to imagine many artists producing images as viscerally shocking as those produced for news, propaganda or entertainment purposes. Even when they do, using such images can provoke accusations of sensationalism or exploitation. This exhibition focuses instead on what comes after the shock of conflict, and on art that responds to violence in a more considered way.

Alfredo Jaar went to Rwanda in 1994, but found himself unable to use the pictures he had taken there. Eventually he exhibited them sealed in archival boxes (Real Pictures (1995), with his own description of the images on the covers. This emphasised a dichotomy between the image of violence as immediate, supposedly unmediated, and free-floating, and the verbal description of violence as processed, partial, and knotted into a context. In the work chosen for this exhibition, Untitled (Newsweek) (1994), Jaar turned his attention to another aspect of the Rwandan genocide. 17 front covers of Newsweek magazine are shown, indicating the media's week-by-week obsession with the World Cup, the OJ Simpson trial, or the death of Ronald Reagan. Underneath each one, Jaar has added a brief text about concurrent events in Rwanda, such as "May 13, 1994: More than 30,000 bodies wash down the Kagera River, which marks Rwanda's border with Tanzania." The very last cover shows rows of dead bodies under the title "Hell on Earth: Raging Against Death in Rwanda".

There are other works in this exhibition that use images and text together as sources of mutual disruption. Dave Lewis' Chapter Six – Racism (2001) takes excerpts from the McPherson Report into the death of Stephen Lawrence, setting them against photographs to "tell a story of a black man within his personal space, coming to terms with the report", as Lewis writes in the catalogue.1 The words and images move in and out of alignment, enhancing or confusing the reading as when, for example, the words "to his credit the Commissioner was aware of the problem in 1993" are set under the image of  the character's blurred, sharply turned head. The result is a psychologically rich exploration of the after-effects of social violence.

The question of what it means to memorialise mass killing is a complex one, but some of the artists here attempt it. One approach is epitomised by Jaar: to abstract away from particular deaths in an attempt to list, even by numbering, those who have lost their lives. Although he makes the point well about the Western media's almost unbelievable blindness to the slaughter of 1 million people between April and July 1994, Jaar's statistics leave it to the individual to make the connections between the material and what it represents. If the imagination fails, which it can do when faced with such numbers, the memorial becomes nothing but data.

Another approach is to fix on particular cases, and try to let these few exemplars represent the whole. One of the most moving pieces in this exhibition takes the latter course, dramatising the testimony of survivors of the Columbian drugs war. Juan Manuel Echavarría filmed seven singers for Bocas de Ceniza/Mouths of Ash (2003-4), each of whom had composed their own song about the events they witnessed and survived. Their faces, shot in close-up in their plainness, sweat, and incipient tears, demand recognition, as they sing lyrics in which their experiences are absorbed into the narrative of an oral folk tradition. But sometimes the voice cracks in performance, as when Dorismel Hernández sings a long-drawn "vivir' in the phrase "quiero vivir' (I want to live), and through this break, this crack of the breath which is the substrate of narrative, humanity, emotion and desire flood.

Yet is it enough for an audience to be moved inwardly, if they remain passive? In Fernando Traverso's interventions, the audience become activist-participants. He began by working with the image of an abandoned bicycle, stencilling it onto walls in his home town of Rosario as a symbol of those who were "disappeared' following the 1976 military coup in Argentina. Photographs document the 350 bicycle graffiti that filled the 350 "holes' left by kidnappings and murders. The project has now developed into a collaborative exercise where people bring their own pieces of fabric to be turned into banners painted with the bicycle image, forming a communal network, a dispersed memorial to the forgotten. His website2 shows banners made in cities around the world, which will include Norwich on the 14th and 18th July.

Other artists, such as David Farrell and Simon Norfolk, invert the idea of photojournalism, by emphasising absence in their photography. So instead of graphic war reporting, Norfolk presents the eerily empty landscapes of Ascension Island, with its arrays of radio relay antennae; the island is also the site, it is claimed, of electronic eavesdropping by the US and UK, making it an invisible battleground. Another series shows the brutal architecture of the US/Mexico border, lit at night by the glare of halide lamps on scrubby hillsides. Meanwhile, Farrell's Innocent Landscapes series documents the sites where in 1999 the IRA indicated they had buried nine people who until then had been missing, with no official recognition of their murder nor their burial sites. As Farrell writes, there was nothing "in a conventional documentary mode"3 to photograph in these locations, all of them south of the border. Instead, he recorded the landscape, violated by excavations in search of the bodies. In some cases, the disturbance is as minimal as a scrap of police-line tape in a cornfield; in others, the earth has been cut away in slabs, the exposed surfaces trampled with boots. In a place where the rhetoric of conflict has made "land' such a politically charged concept, these photographs are powerful metaphors for brutal political violence.

Six of the artists in this show are Indian, as the seeds of the exhibition were trips the curators made to India in 2003-4. However, it is the issues these artists investigate that are to the fore, rather than their nationalities. If Farrell's photography circles around absent bodies, and is justified as a kind of witnessing or testimony, Gigi Scaria's video piece Raise your hands those who have touched him (2007) explores a similar proposition. This work, commissioned specially for the exhibition, is a series of interviews with people who met Mahatma Gandhi, edited into an unfolding conversation about his life, teaching and assassination. As the elderly interviewees give conflicting descriptions of his physical appearance, it becomes clear that although the individual has gone, the wake he left still washes through people. This is the aftershock of someone who described himself as an artist of non-violence, implying a need to intervene in the problems of his time. Indeed, Atul Dodiya's watercolour rendering of a page from Ghandi's diary explicitly claims his "to do' list as the present-day artist's own.

One of Scaria's interviewees makes the point that Gandhi's message was not non-violence but non-violent struggle, and this is apparent in the varied responses to conflict in this exhibition. Whether the artists are engaged in creating memorials, testimonies, fictions or documents, and whether their response is reflective or assertive, they ask the viewer to engage actively with the complexities behind the violence. 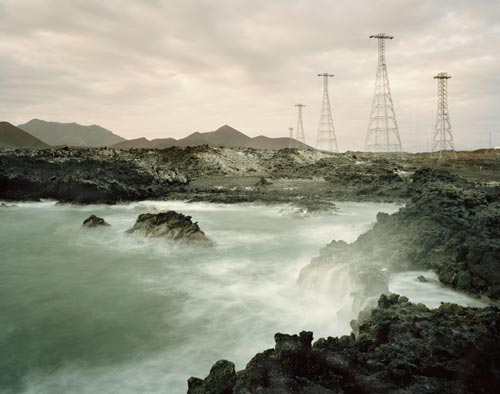 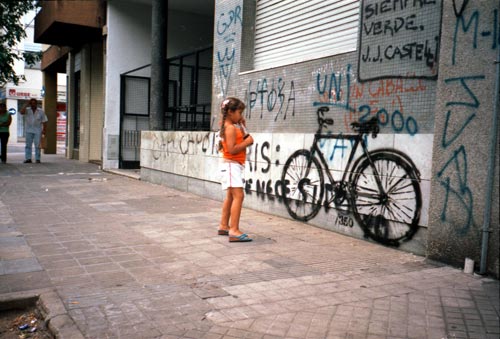 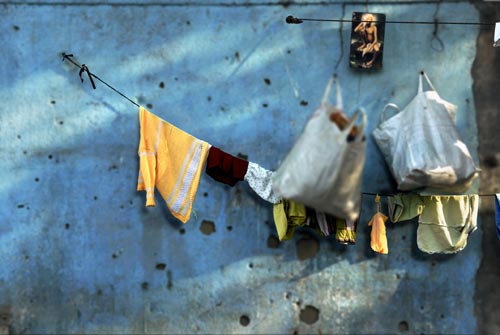